The Sachsenring, home of the German Moto GP, has a rich and long-standing history with motorcycle racing dating back to 1927. Located in Hohenstein-Ernstthal near Chemnitz in Saxony, Germany, the technical and demanding Sachsenring delivers plenty of thrilling races.

The circuit was officially named the Sachsenring in 1937, despite still being run on public roads. The German race has been a part of the MotoGP calendar since 1952, but for several decades has used different tracks such as the Nurburgring, Hockenheimring, and Nordschleife.

The purpose-built Sachsenring as we know it was opened in 1996, and while it still contained parts of the old course, it was now fully-compliant to safety standards. The first MotoGP race was held on the closed circuit in 1988 and the German GP found its new permanent home.

The 3.67 kilometer, 12 meter-wide, anti-clockwise circuit has 10 left-handed turns, only 3 right-handed turns, and a longest straight of 700 meters. The shortest track on the MotoGP calendar, its tight corners also make it one of the slowest tracks.

Ongoing renovations and upgrades throughout the years, along with the recent resurfacing of the track, have made Sachsenring a state-of-the-art circuit truly worthy of its place on the MotoGP calendar. Race weekend attendances are consistently above 200,000.

Marc Marquez is the active rider with the most premier class victories on this circuit, while German rider Jonas Folger currently holds the circuit record.

Upcoming events at the Sachsenring in 2022 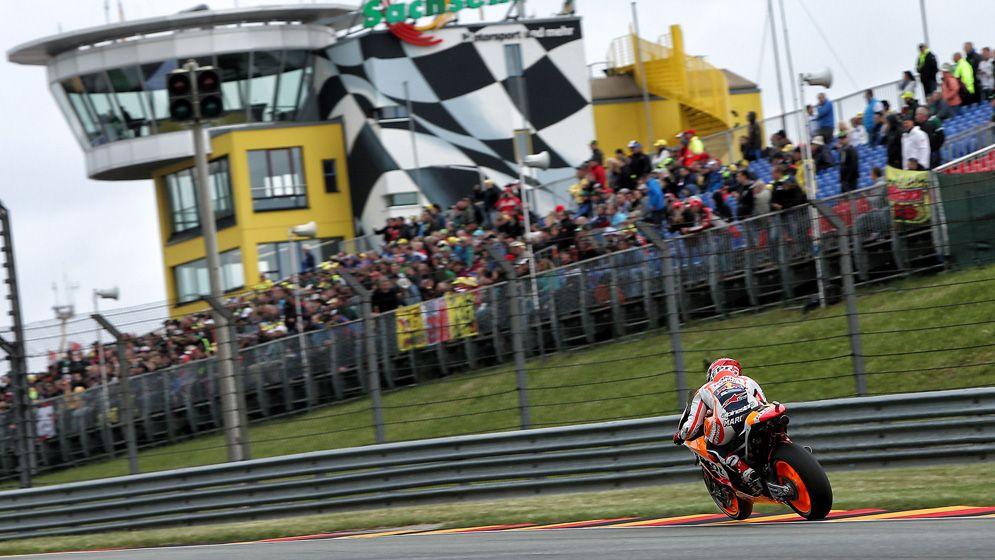 The Sachsenring is a rural circuit in Saxony with good road and train connections to major German cities.

The closest major airport to the Sachsenring (95km to the east) is Dresden Airport (DRS) with limited flights to London, Moscow, Basel, Amsterdam and Frankfurt. A little further away (120km to the north), Leipzeg/Halle Airport (LEJ) has a better selection of flights to all corners of Europe.

The Sachsenring has a strategic location close to several motorways. Estimated driving times from nearby cities: Chemnitz (25 mins), Zwickau (25 mins), Dresden (1 hour), Leipzeg (1 hour), Prague (2 hours 20 minutes),  Berlin (2 hours 45 mins). The pretty town of Hohenstein-Ernstthal, closest to the circuit, has regular train connections to Chemnitz, Dresden, Berlin and other major German cities. The circuit is only a 20-30 minute walk from the train station in Hohenstein-Ernstthal.

More information about getting to the Saschenring can be found on the circuit website.

The Sachsenring is located in a largely rural location next to the small town of Hohenstein-Ernstthal. Apart from camping, accommodation near the track is limited. Luckily, there are plenty of larger places nearby (Zwickau, Chemnitz) with good transport links to the circuit.

The larger cities of Leipzig and Dresden are also within approximately an hour’s drive (or train) of the Sachsenring. As well as a greater choice of accommodation, these cities also offer more to see and do away from the track. If you don’t mind a longer commute, you can also consider staying in Berlin or even Prague.

Browse all accommodation near the Sachsenring.

The Sachsenring is opened up for track days and driving/passenger experiences throughout the year. 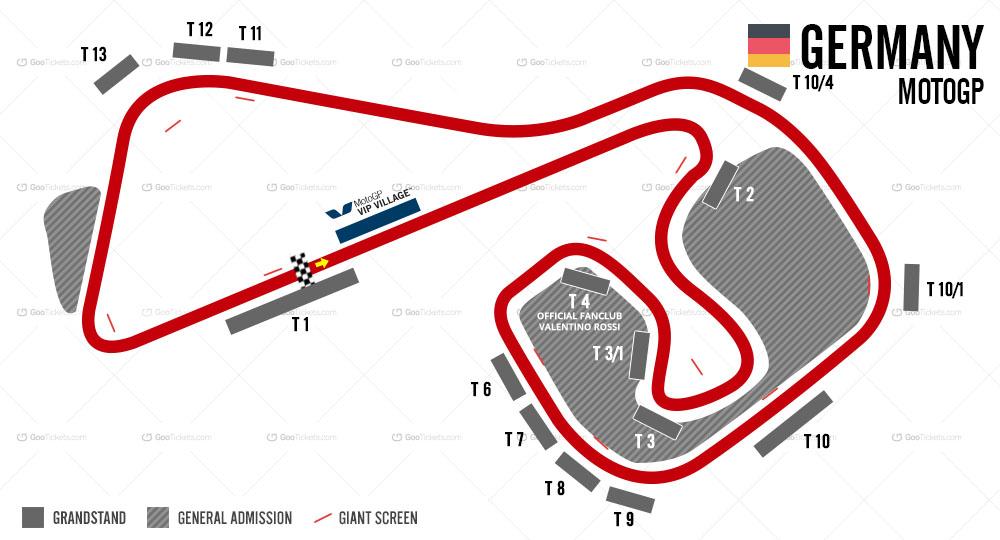