The Imola circuit, near Bologna, Italy, was host of the Formula 1 San Marino Grand Prix from 1981 to 2006. While the death of Ayrton Senna cast a shadow over the circuit in 1994, Imola continues to enjoy a wealth of motorsport activities each year.

Situated near the town of Imola, 40 kilometres east of Bologna, Imola – officially titled Autodromo Internazionale Enzo e Dino Ferrari, in homage to the Ferrari founder and his son – opened as a semi-permanent venue in 1953. At the time, the circuit featured no chicanes, meaning that the track was high speed.

The circuit hosted car and motorcycle races throughout the 1950s. In 1963, it hosted a non-championship Formula 1 race, won by Jim Clark. The configuration was updated to include the Variente Bassa and Variente Alta chicanes in the 1970s. Soon after, and after another non-championship F1 event in 1979, won by Niki Lauda, Imola first hosted a World Championship F1 event for the first time in 1980. Monza was undergoing renovations, so Imola took its place as host of the Italian Grand Prix. The event was a hit, and the circuit remained on the calendar as the San Marino Grand Prix until 2006.

The anti-clockwise circuit has undergone relatively little change since opening in the 1950s. Its biggest re-profiling came as a result of the 1994 San Marino Grand Prix weekend, in which Roland Ratzenberger and Ayrton Senna lost their lives. Senna’s crash at the famous Tamburello turn led to the corner being slowed down. Alongside its F1 duties, Imola also hosted the Superbike World Championship from 2001 to 2006. Both series departed the track for 2007, as the circuit underwent major renovations. In addition to changes to the track layout, the garages and paddock area were rebuilt in a project overseen by Hermann Tilke.

The Superbike World Championship returned to the track in 2009 and remains a popular feature of Imola’s annual schedule. Formula 1 returned to Imola after a 14-year absence amid the coronavirus pandemic in 2020. It has remained on the calendar ever since and the circuit recently signed a new longer-term contract to remain on the schedule until at least 2025. While the 2020 and 2021 Imola races took place behind closed doors, the 2022 Emilia Romagna Grand Prix will welcome fans. Tickets are now on sale for the event.

Upcoming Events at Imola in 2022 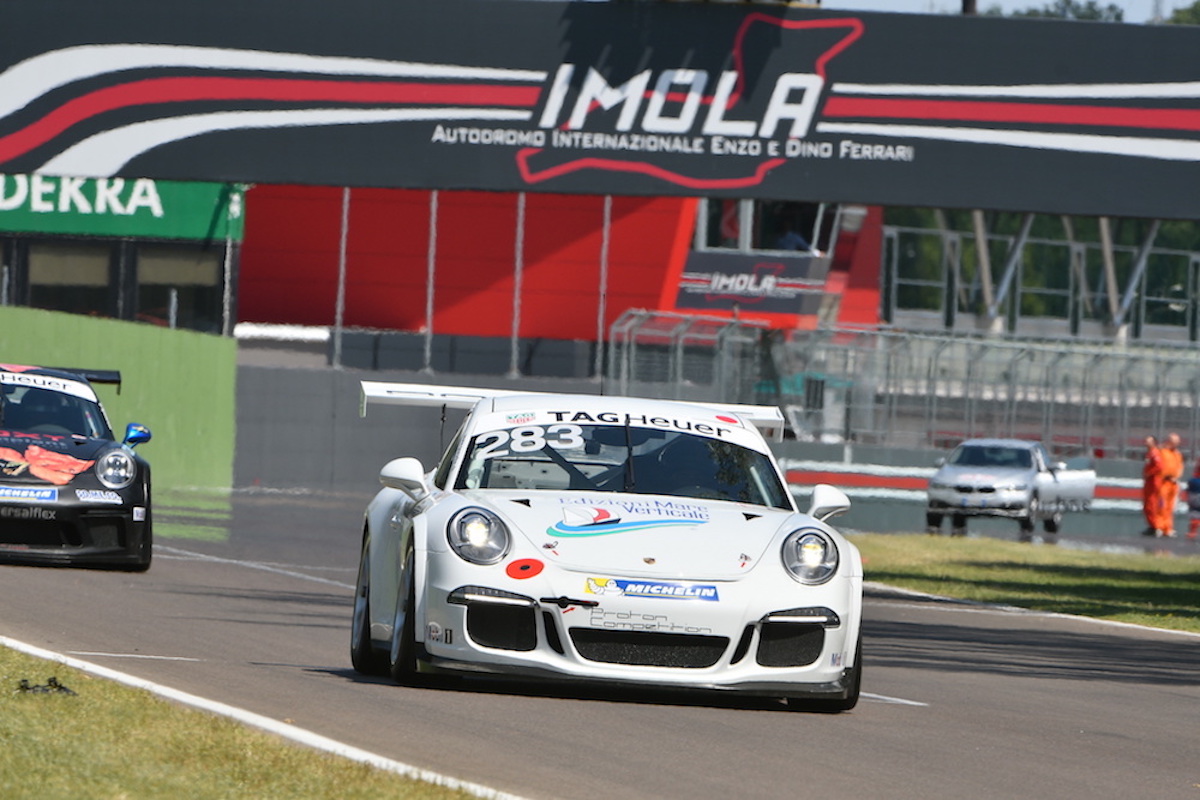 Located next to the historic town of Imola in northwest Italy, the Imola circuit has good air, road and public transport connections to Europe and beyond.

The closest airport to the Imola Circuit is Bologna Guglielmo Marconi Airport (BLQ), less than 50km away, which is a major hub for Ryanair. Alternatively, Federico Fellini International Airport (RMI) in Rimini is 90km away.

A good network of local motorways and roads make Imola easy to reach – the circuit is 5km from the E45 motorway, which connects Bologna to Rimini on the coast. The city of Modena and the home of Ferrari at Maranello are also on the E45. Estimated driving times to Imola from major regional cities:

The historic town of Imola has a good selection of hotels, apartments and bed and breakfasts for rent, though demand and prices are of course higher on major race weekends.

Hotel Castello is also worth mentioning. This four-star hotel in nearby Castel San Pietro Terme (14km from the circuit) where F1 teams used to stay for the Italian Grand Prix – Ayrton Senna stayed in Suite 200 on his last F1 weekend in 1994.

Guided tours of the Imola circuit are available on select days through the year.

Taking about 75 minutes, the small group tour (maximum 8 people) includes a shuttle bus tour of the circuit with stops at important landmarks such as the Ayrton Senna memorial, paddock, pits, control room and podium. Adult tickets cost €30, reduced tickets for under 16s are €20 (entry free under 6 years of age).

Click here for more information and to book a tour.

The circuit is opened for car and motorbike track days through the year and driving experiences are also available.

Most track days and driving experiences are organized by outside companies and organizations, more information below:

The track is also opened at regular intervals for walking and cycling. More information and dates are here. 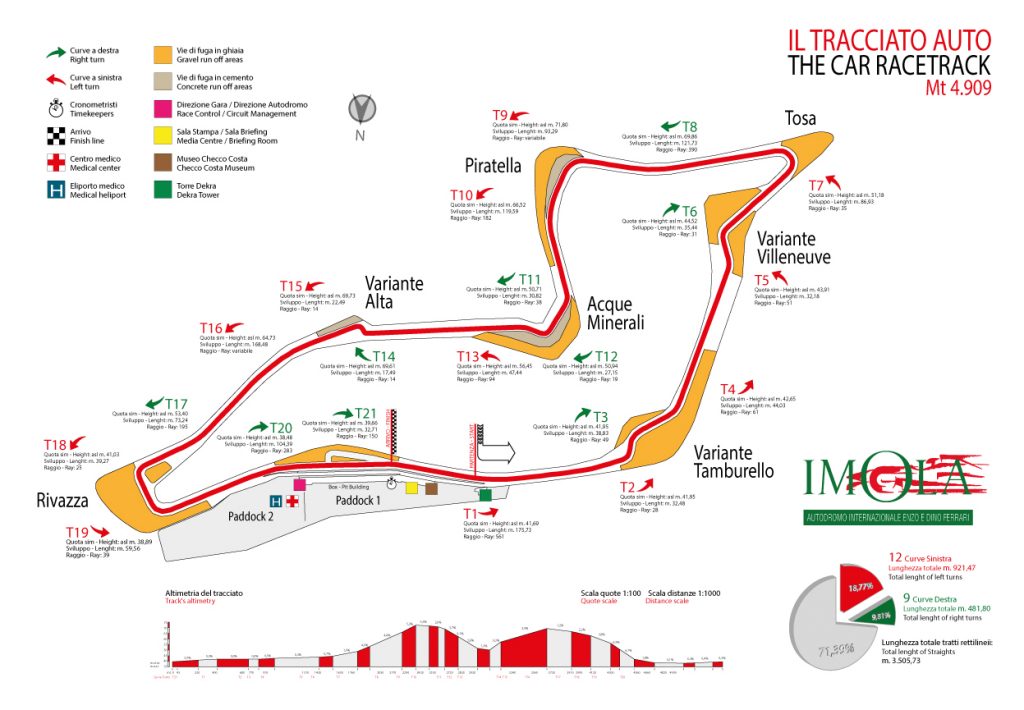