The Slovakia Ring was opened as a purpose built test track in 2009 and has played host to World Touring Car action since 2012.

Located in Orechová Potôň, in the Dunajská Streda District of Slovakia, Automotodróm Slovakia Ring opened in 2009, filling a gap in the market for a purpose-built testing track in the country. Slovakia has plenty of automotive factories, but had lacked a testing facility for many years.

The outer perimeter of the Slovakia Ring is triangular in shape, while the circuit’s infield sections allow for six different variations in track. A rather unique feature of the track is that safety precautions are such that each variation of the circuit can be run either clockwise or anti-clockwise. The layouts range in length from 2.6km to 5.9km.

After opening, the Slovakia Ring soon became a draw for GT cars, with both the FIA GT3 European Championship and the FIA GT1 World Championship. After concerns that cars could become airborne in the opening section of the track, a temporary tyre chicane was added for the GT1 cars.

After the late cancellation of the Argentine round of the 2012 World Touring Car Championship, the Slovakia Ring was called upon to fill the vacated slot just two months before the scheduled event. The race, won by former Formula 1 driver Gabriele Tarquini, was a success and the Slovakia race remained on the calendar through to 2016. After the series’ re-brand in 2018, the Slovakia Ring once again replaced Argentina on the FIA World Touring Car Cup calendar.

Upcoming Events at the Slovakia Ring in 2021 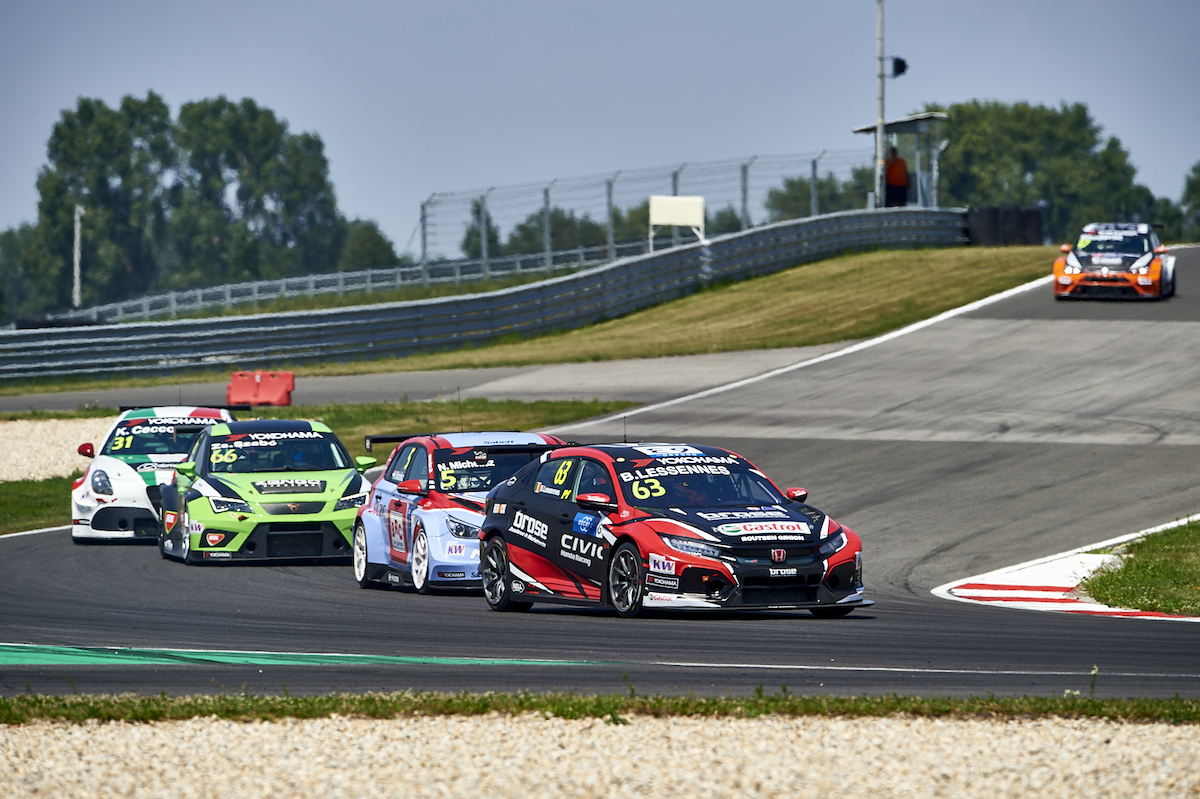 The Slovakia Ring is located near the town of Dunajská Streda, around 50km southeast of Bratislava and close to the borders with Hungary and Austria.

The closest airport to the Slovakia Ring is Bratislava Airport (BTS), around 50km to the north, which has a large number of connections with Ryanair. Other nearby airports with better connections include Vienna Airport (VIE), only 100km away and Budapest Airport (BUD), around 200km away.

The Slovakia Ring is around 1 hour’s drive from the Slovakian capital of Bratislava via Route 572. The circuit is located near several motorways that provide easy access to different parts of Central Europe. Estimated driving times from major regional cities to the Slovakia Ring:

There’s no dedicated public transport serving the Slovakia Ring. Trains from Bratislava don’t serve the nearby town of Dunajská Streda.

The nearby town of Dunajská Streda has a limited supply of accommodation, but many people choose to stay in Bratislava during major event weekends.

Located close to the circuit gates, Hotel Ring offers 46 rooms, an on-site restaurant and wellness centre. Another good choice is the well-rated Apartmany Fonte, just 4km from the circuit. Further afield, the mid-sized town of Dunajská Streda is just 10km from the circuit and offers a good selection of accommodation as well as thermal water baths.

For the best choice of accommodation, we recommend staying in Bratislava, the capital of Slovakia.

Check all accommodation in Bratislava

Guided Tours of the Slovakia Ring are not available, but you can visit the attached Military Museum and zoo.

Located next to the circuit, the new Military Museum displays tanks, planes and other military hardware from the time when the area was part of Czechoslovakia. Open on weekends from 10:00-18:00, normally from the start of April till the end of October. Entrance is just €3 for adults and €2 for children up to 12.

Malkia Park, an outdoor zoo with lots of big cats, is also right next to the circuit. Open every day except Mondays during the season from 10:00-18:00. Adult admission costs €10, children €7.

With a limited number of high-standard circuits in Central Europe, the Slovakia Ring is popular for track days.

The Slovakia Ring is opened most Sundays during the season for track days, with prices starting from €30 for 30 minutes in your own car. It’s also possible to rent either a Honda Civic Type R or Porsche 911 GT3.

You can also rent go-karts at the 1,172 metre Slovak Karting Circuit at the Slovakia Ring.

The Centre of Safe Driving is also based at the circuit and offers a variety of courses and tuition. 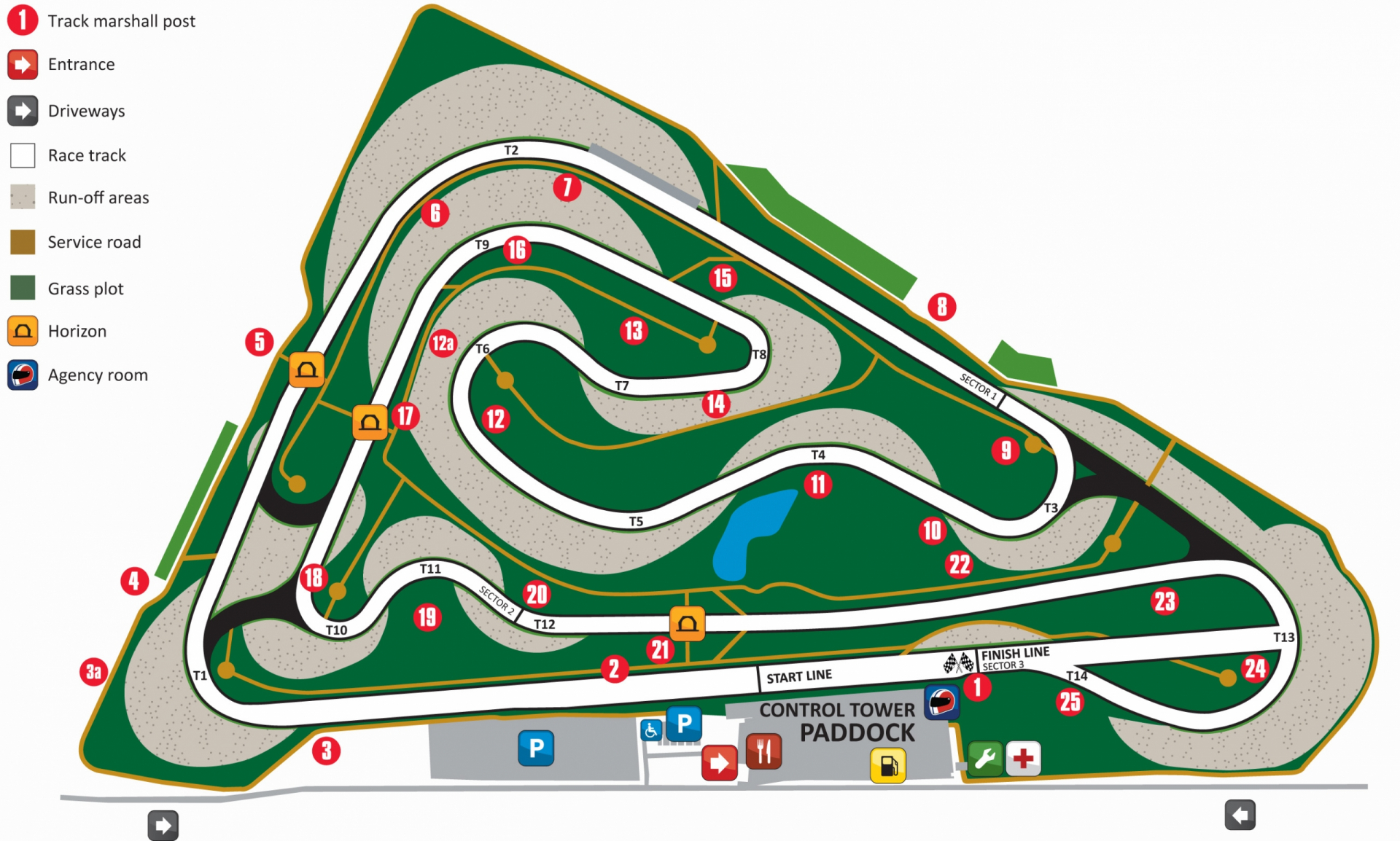