The Guia Circuit plays host to the Macau Grand Prix, a legendary Formula 3 event held every year since 1954. It is the highlight of the calendar on the Pacific racing scene.

Also known as Circuito da Guia, the Guia Circuit is one of the most challenging race tracks in the world. Located on the Macau Peninsula, the track’s unforgiving narrow layout, paired with its long bumpy straights and twisting tight corners make it the ultimate proving ground for younger racers.

The circuit was originally designed as a route for a treasure hunt around the city, but it was suggested that the layout would lend itself well to amateur racing. Thus the Macau Grand Prix was born, with the first race in 1954 being won by Eduardo de Carvalho. Issues with dirt and sand led to the cobbled streets being resurfaced for the event’s second running in 1955. While the race started as a sportscar race, in 1961 it became an open-wheel Formula Libre event. In the mid 1960s the event became more of a professional affair and began to attract big motosport names. It was run by Formula Pacific cars from 1974, before it was run as a Formula 3 event from 1983 onwards.

With limited overtaking opportunities, the Macau Grand Prix can be a real proving ground for the younger generation. The great and good of motorsport have raced at Macau over the years, from Ayrton Senna, the 1983 winner, to Michael Schumacher, who won the event in 1990. Lucas di Grassi, who was victorious in 2005, is the most recent winner of the event to progress all the way to Formula 1, while Valtteri Bottas and Charles Leclerc are the most recent Macau competitors to go on and win an F1 race.

The circuit’s layout has remained unchanged since 1954, and it is a rarity among street circuits in that it features over 30 metres of elevation change. The only thing that has changed, aside from the circuit’s surroundings, is the pit-lane, which was relocated in 1993. Since 1976, the Macau Motorcycle Grand Prix has been a popular addition to the race weekend’s offering, with a British rider having won in every year since 1998. The Macau GT Cup, now known as the FIA GT World Cup was also introduced in 2008, while the World Touring Car Championship has also been added to proceedings in recent years.

Macau Guia is a temporary street circuit that’s only use for car and motorbike racing once a year on the third weekend of November. The 2021 Macau Grand Prix is set to take place on November 21. Tickets are not yet on sale. The racing will feature the FIA Formula 3 World Cup and the World Touring Car Championship (WTCR).

Lying 60km across the water to the west of Hong Kong, Macau is situated on the banks of the Pearl River Delta in the Chinese province of Guangdong.

How to get from Hong Kong to Macau

The casino city of Macau offers everything from budget hotels to five-star resorts, or you can stay in Hong Kong and commute to the circuit each day by ferry or bus.

As with many large events, hotels in Macau are in demand on race weekend and prices are high. Recommended hotels with easy access to the circuit include the 5-star Grand Lapa Macau and the 3-star Guia Hotel.

You may also want to combine attending the race with some gambling at one of the city’s legendary casinos – many of which you can also stay in. Recommended casino hotels include The Venetian Macao, MGM Macau and The Parisian Macao.

Browse all accommodation in Macau

For a wider selection and lower prices, you may also decide to stay in Hong Kong for race weekend and take the ferry or the bus to Macau each day, a commute of around 1 hour each way.

Browse all accommodation in Hong Kong 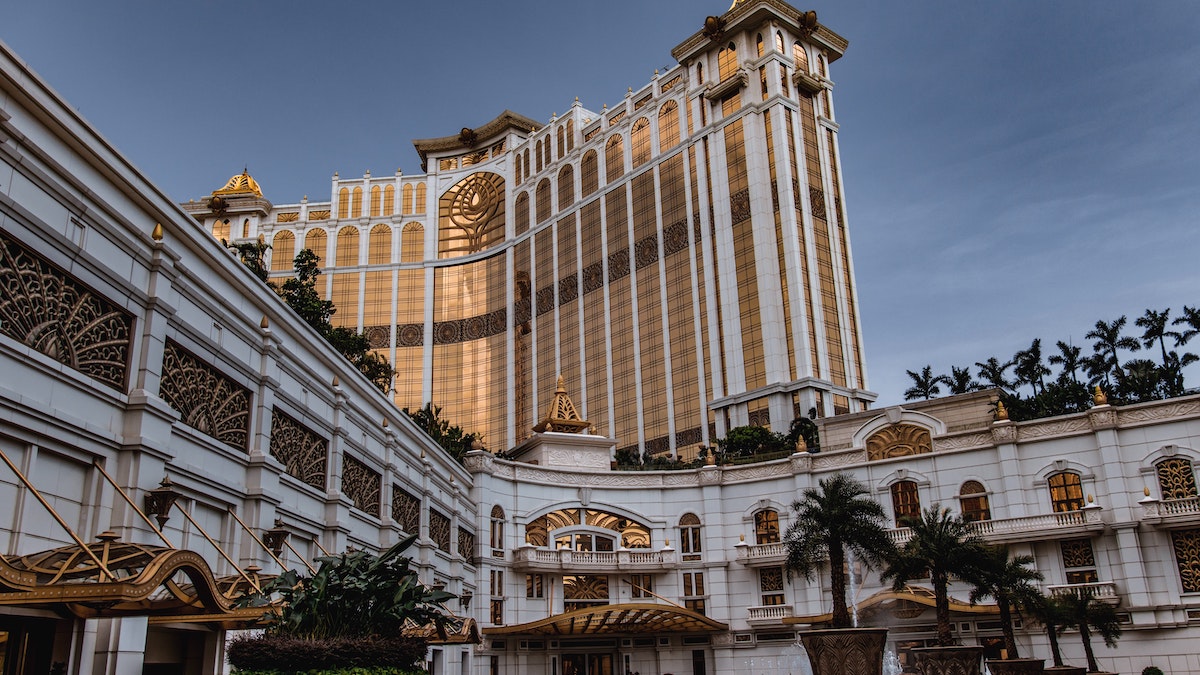 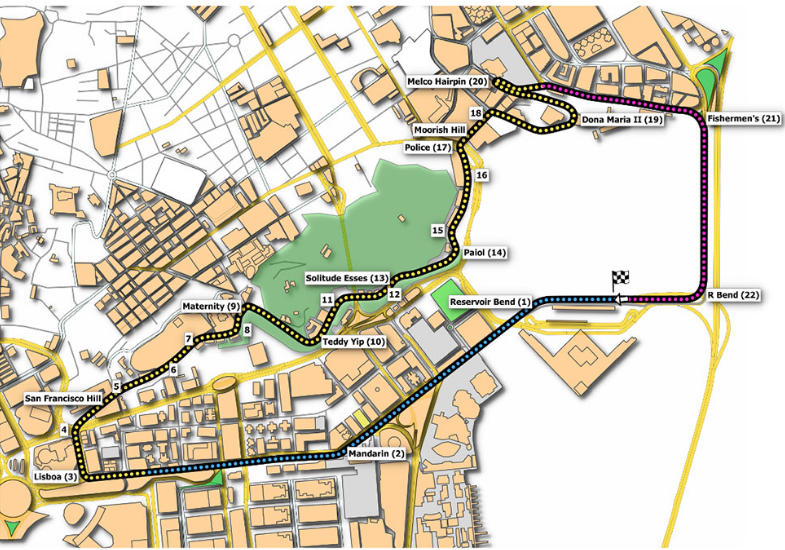