Situated in West Kingsdown, Kent, racing has taken place at the legendary Brands Hatch circuit since 1926. Early motorcycle races were carried out on an anti-clockwise grass track. During the Second World War, the track was used as storage for military vehicles and was subject to multiple bombing raids. The circuit needed a lot of work, but motorcycle racing resumed soon after the war. Following this, the circuit was tarmacked in order to host car races. The undulating track continued to be expanded – including the addition of Druids Bend – and the layout was flipped in 1954 to become a clockwise circuit. The length of the circuit was doubled in the 1960s, as it began to resemble the layout which is used today.

In 1964, Formula 1 visited the circuit for the first time with the British Grand Prix. It hosted the event twelve times in total, in alternate years with Silverstone through to 1986. The 1983 and 1985 European Grands Prix also took place at the circuit – the 1985 event being memorable for Nigel Mansell’s first victory. The track celebrates its heritage with various historic events throughout the year.

Brands Hatch was purchased by Jonathan Palmer’s MotorSport Vision in 2004, and a multitude of improvements were implemented at the track. Since then, the circuit has hosted a range of series, including A1 Grand Prix, DTM, W Series, Truck Racing and even NASCAR! The circuit also hosted the Road Cycling events at the 2012 Paralympic Games, where former F1 driver Alex Zanardi’s performances were voted as one of the best moments of the Games.

Upcoming Events at Brands Hatch in 2021

Brands Hatch is located in Kent, around 40km southeast of London

Brands Hatch is within a reasonable commuting distance of all five London Airports:

The easiest way to get to Brands Hatch is by car. The circuit is situated on the A20 road, close to junctions with the M25 (ring road around London) and the M20 (which heads to the coast at Folkestone and channel ferries at Dover). Sample driving times:

The easiest way to get to Brands Hatch by public transport is via London, even if you are travelling from a different city. The closest train station to the circuit is at Swanley, just over 5 miles from the circuit. Trains depart for Swanley at regular intervals from Victoria Station in London – the journey takes around 30 minutes. From Swanley, you can take the 429 bus (West Kingsdown to Bluewater route), which stops near the circuit gates. You can also take a taxi from Swanley Station to the circuit for around 10-15 GBP.

Aside from camping, there’s only a limited amount of accommodation in the immediate vicinity of Brands Hatch – staying in London is another option

Camping next to the track is available on major race weekends. The campsite area is divided into General Camping and Quiet Camping Zones. Portable toilets and showers are available, together with drinking water stations, concessions and a stage for evening entertainment. Weekend camping costs under 30 GBP for the weekend in 2020, circuit admission not included. More information about camping is available on the Brands Hatch website for specific events. (2020 camping map is here).

A handful of permanent campsites are also located in the pretty countryside near Brands Hatch, learn more here.

View all accommodation near Brands Hatch.

Recommended hotels near Brands Hatch include:

You may also prefer to stay in London on major race weekends and commute to the circuit each day.

Brands Hatch offers regular track days for cars and bikes, plus an exciting range of driving and passenger experiences. 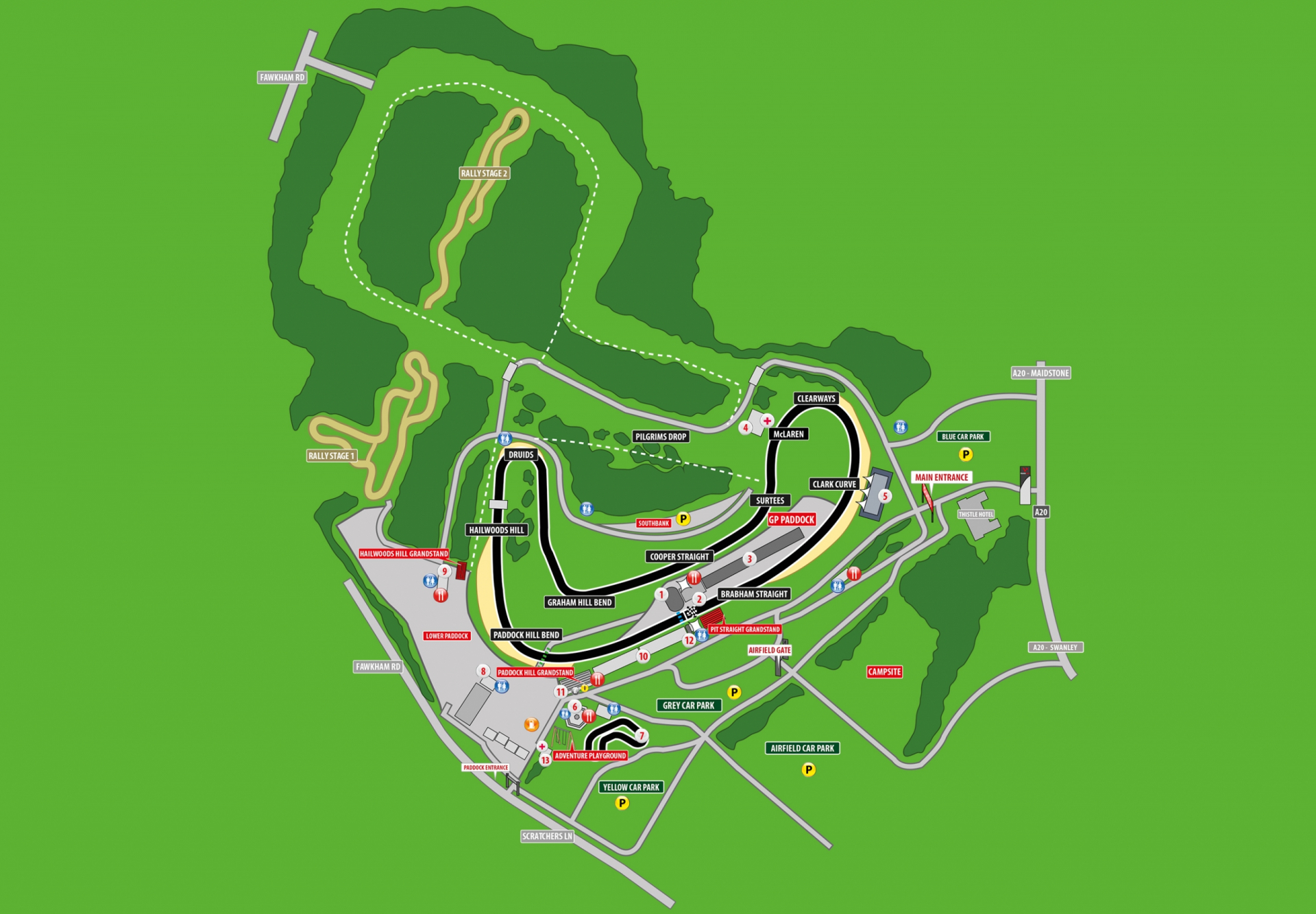