Germany’s EuroSpeedway Lausitz opened in 2000 and hosted a range of high profile racing events. It closed to the public in 2017 to be used as a test facility, but still hosts a round of the DTM championship each year.

The EuroSpeedway Lausitz is located near Klettwitz in north east Germany. Close to the borders of Poland and the Czech Republic, plans for a circuit in the area had been in place as far back as the mid-80s. The unique Lausitzring track opened in 2000. It was officially opened in August 2000, with 80,000 spectators attending the event. Originally known as Lausitzring, the circuit was renamed as the EuroSpeedway Lausitz to appeal to an international audience. It is unique as it is the only circuit in mainland Europe to have a high speed oval track. The oval track has been used in the past by the American CART series (now IndyCar) and German Formula 3.

While the circuit has many different layouts, most events take place on the 4.5km road course layout. All of the ciruit configurations can be combined to create an 11km endurance layout – but this has never been used in competitive racing, only testing.

Despite being built to the highest safety standards, there have been a number of high profile incidents at the circuit over the years. Former F1 driver Michele Alboreto was killed while testing a sportscar in 2001, while one week later, Alex Zanardi suffered a life-changing accident on the oval track.

The circuit closed to the public after the 2017 racing season, and is now primarily used as a testing venue by European vehicle inspection company DEKRA. However, there are certain exceptions: the DTM series still visits the track annually.

Upcoming Events at EuroSpeedway Lausitz in 2021 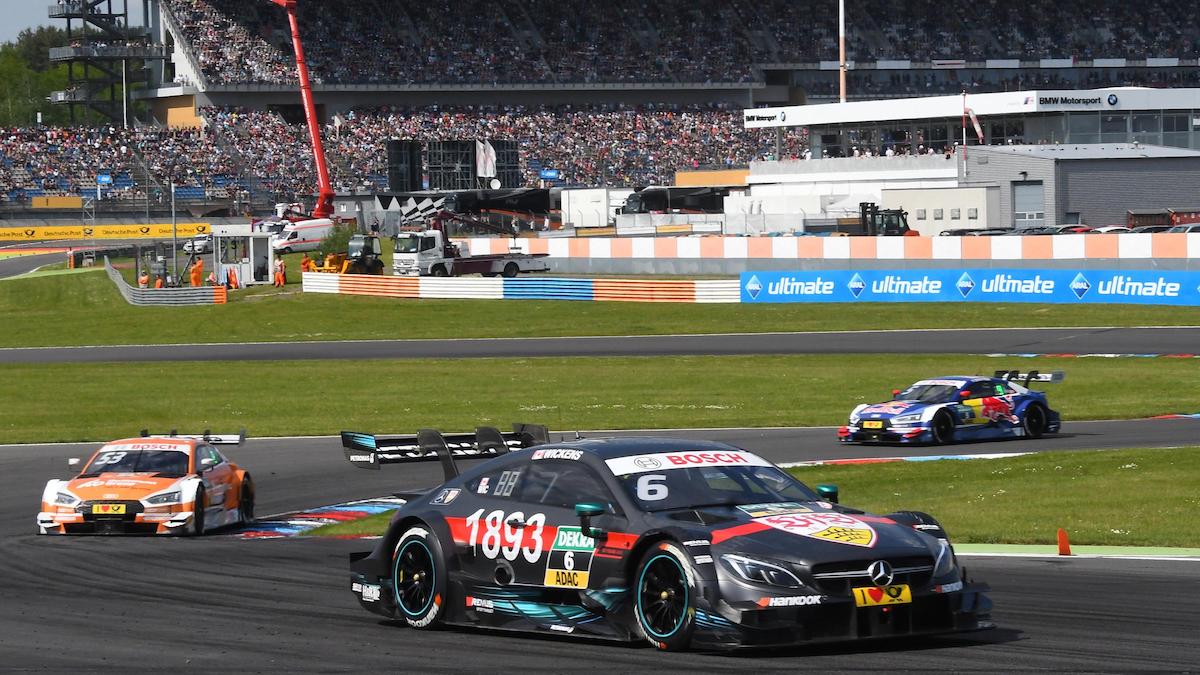 EuroSpeedway Lausitz is located in the east of Germany, close to the town of Klettwitz.

The closest airport to the Lausitzring is Dresden Airport (DRS), just under 60km to the south, which has connections to Frankfurt, Munich, London, Moscow, Zurich and Basel. To the north, Berlin’s airports can also be reached in 60-90 minutes’ drive – Berlin Schönefeld Airport (SXF) is closer than Berlin Tegel Airport (TXL).

The circuit is close to the A13 autobahn that travels between Berlin and Dresden. More than 40,000 parking spaces are available at the Eurospeedway Lausitz. Sample driving times from major regional cities to EuroSpeedway Lausitz:

Local buses from nearby towns stop at Meuro Mühle, a short walk from the circuit gates. Buses are available from Grossraeschen (610) and Senftenburg (627). Both these towns also offer train connections to other major cities; timetables and prices are available on the Deutsche Bahn website.

Many fans camp next to the track for major events like DTM. There’s also a selection of nearby accommodation, or you can stay in Dresden or Berlin.

Learn more about camping for DTM at Eurospeedway Lausitz. Please note: information is not current for 2020, as the event will be held without spectators.

Less than 5km from the circuit, the pretty lakeside town of Senftenburg has several good places to stay, including Markt 15 Gästehaus on the town square and Wellnesshotel Seeschlößchen – Privat- Spa & Naturresort next to the lake.

Alternatively, you can stay in Dresden or Berlin. The much larger cities offer a good selection of accommodation to suit all budgets.

Browse all accommodation near EuroSpeedway Lausitz.

Although the EuroSpeedway Lausitz is now a private test circuit, it’s still available on limited days through the year for track days and driving/passenger experiences.

More information is available in German on the circuit website. 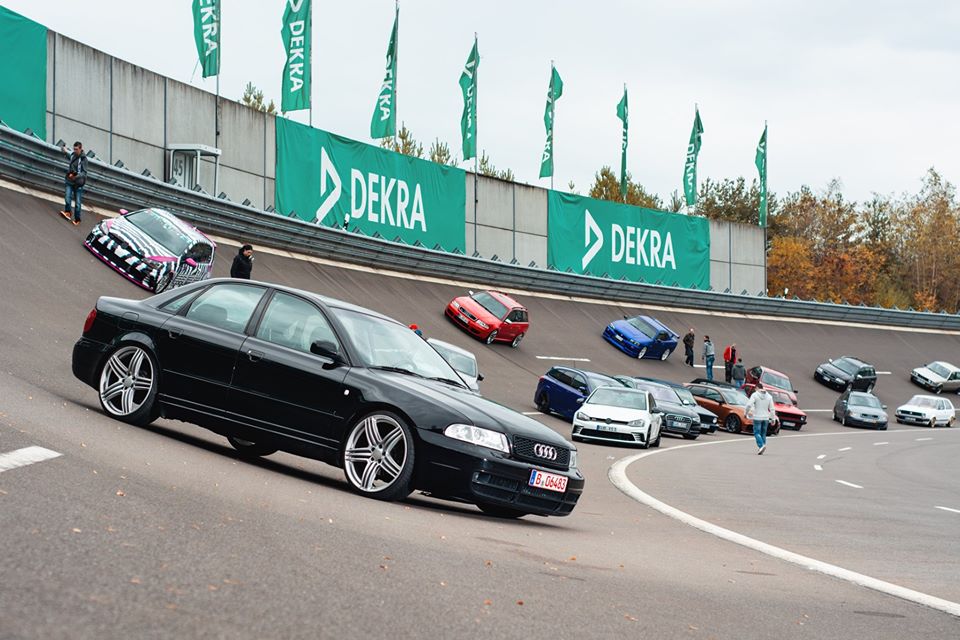 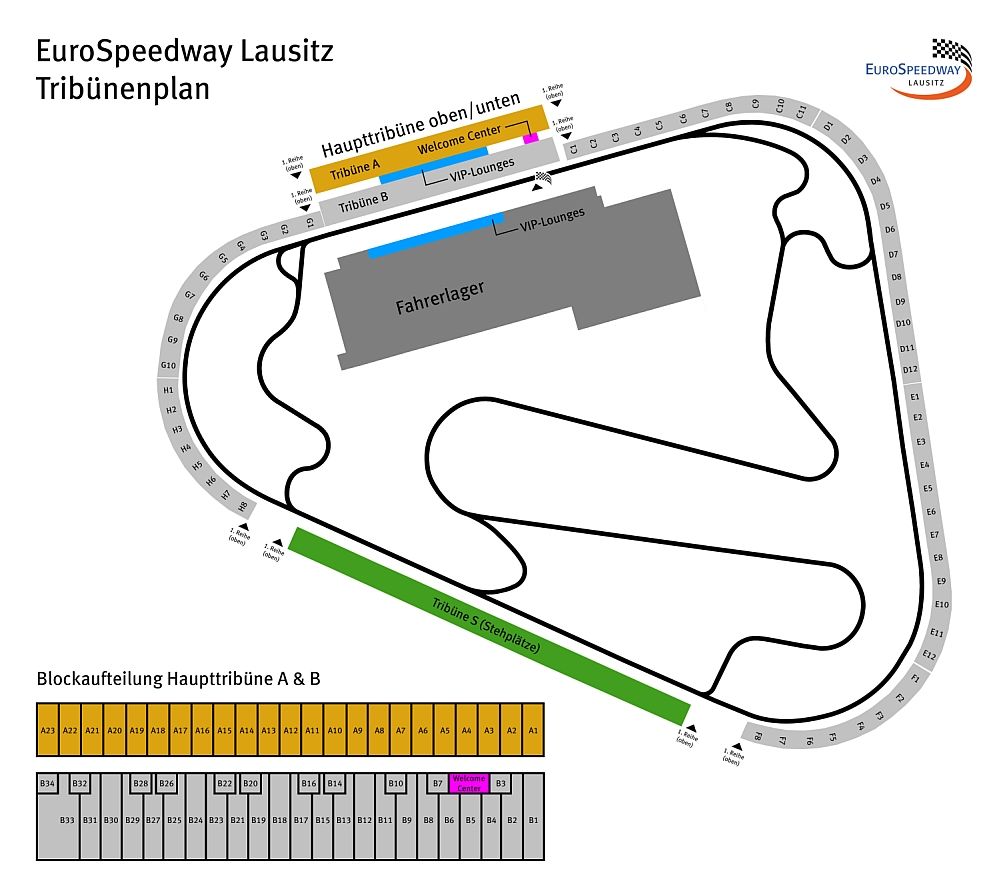