Circuito de Jerez, now known as Circuito de Jerez-Angel Nieto, is one of the most well-known and popular MotoGP venues, with its famous on-track battles amidst the Andalusian sunshine, and a local population that is nothing short of fanatical about the sport.

Located close to the city of Jerez de la Frontera and deep within the sherry-producing south of Spain, the Spanish GP at Jerez is one of the four MotoGP events that take place on Spanish soil during the current calendar. Inaugurated in 1985, the circuit hosted its first motorcycling grand prix in 1987, and has never left the MotoGP calendar since.

Jerez has previously hosted Formula One and is still being used as a venue for testing by many race teams throughout the year, especially after the numerous track and venue improvements undertaken starting 2002.

The 4.4 kilometer, 11 meter-wide, clockwise circuit consists of 5 left-handed turns, 8 right-handed turns, and a longest straight of 607 meters. Aside from its consistent pleasant weather, the venue is surrounded by beautiful scenery, has plenty of grandstands that offer varied views, recently-improved facilities, and can accommodate up to 250,000 devoted spectators.

Two significant events were inscribed in the circuit history books during May 2018: On May 2, it was announced that the final corner will be named after active rider and multiple-time Champion Jorge Lorenzo, and the day after, May 3, the circuit was officially renamed in honor of the legendary Spanish motorcyclist Ángel Nieto, who passed away in 2017.

Valentino Rossi is the rider with the most premier class wins on this circuit, while Jorge Lorenzo currently holds the circuit record 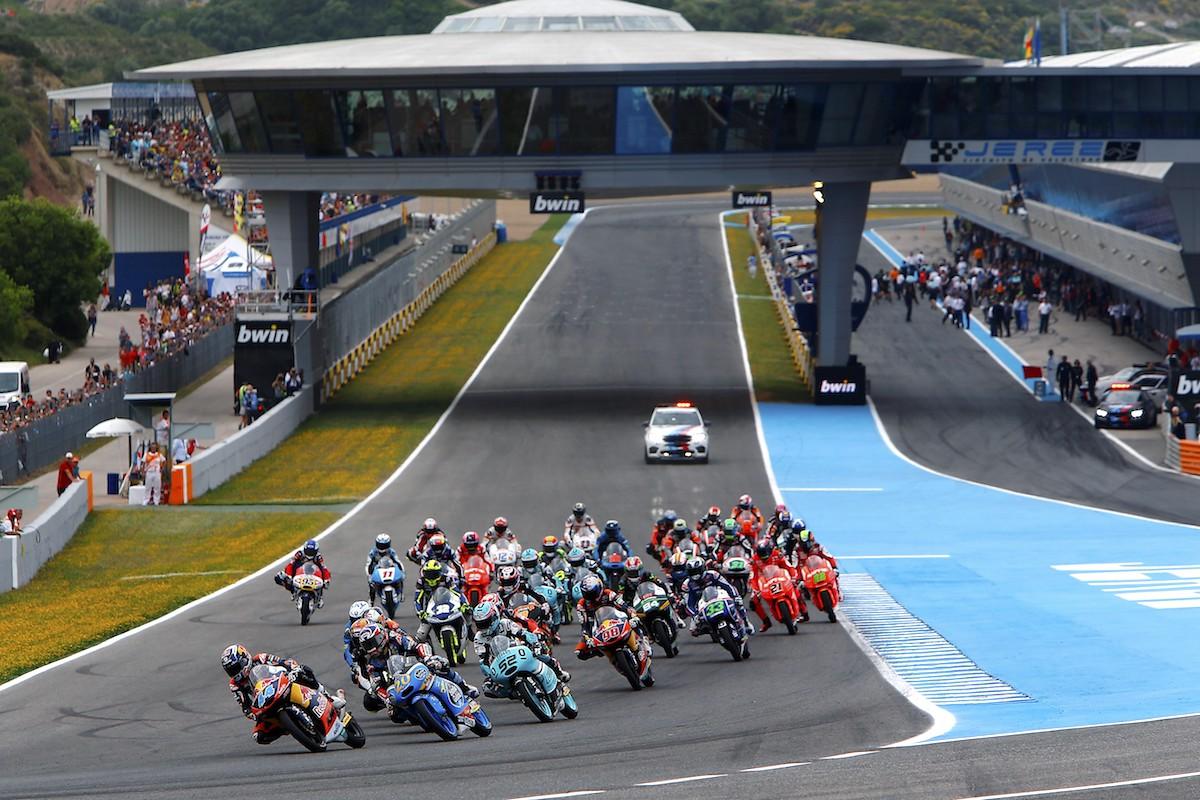 Circuito de Jerez is located in Andalusia, in the south of Spain. 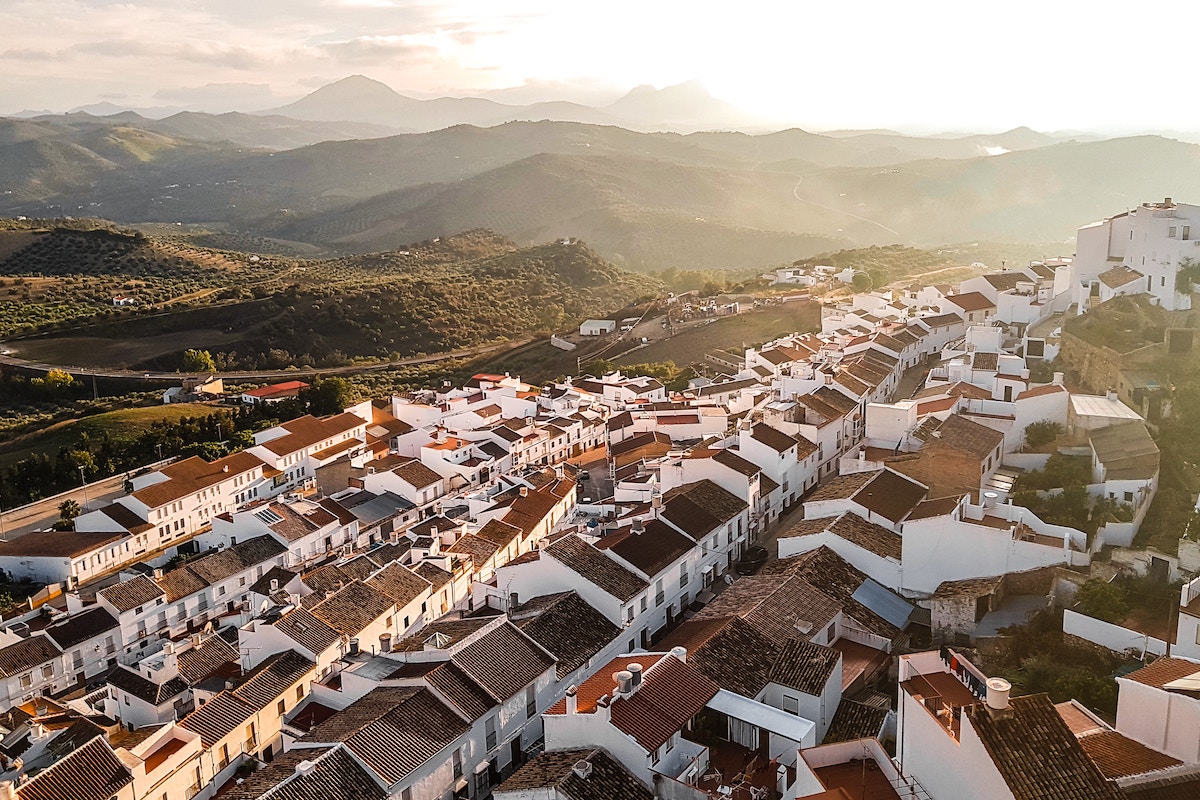 Circuito de Jerez is 10km from the medium-sized city of Jerez de la Frontera, which has a good supply of accommodation to suit all tastes and budgets.

Click here for all accommodation near Circuito de Jerez.

Other places to consider staying within close proximity of the circuit (and a much bigger selection of accommodation) include Cádiz (40km or 30mins), Seville (90km or 1 hour away) and Malaga (230km, 2.5 hours).

Guided tours of Circuito de Jerez are available year-round. You can also visit the circuit museum.

The circuit also houses a museum, which is open from 09:00-15:00 on Tuesdays, Thursdays & Saturdays. Admission for adults costs €6 and €3 for concessions. The museum has a good selection of two wheel and four wheel racing machines, including an ex-Nigel Mansell Williams FW11 from 1986. A gift shop is also attached to the museum. 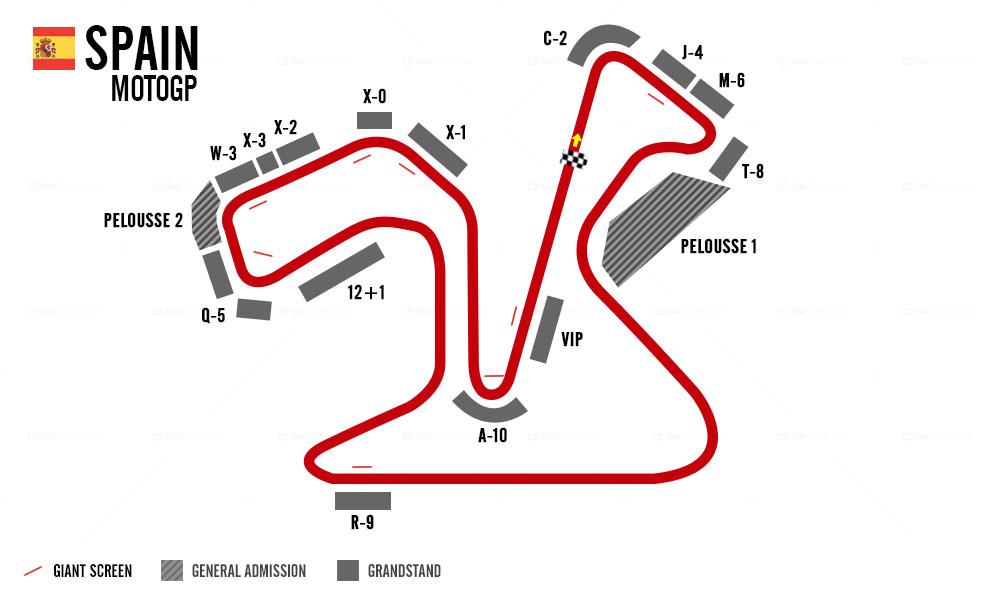