TT Circuit Assen, home of the Dutch GP, holds the special distinction of being the only track to have hosted a MotoGP race yearly since the inception of the Championship in 1949.

Famously known as “The Cathedral” of motorcycling, Assen is located in the northeastern part of The Netherlands, in the province of Drenthe. The festive and extravagant atmosphere the event produces every year makes Assen not just a world-famous circuit but also a consistent favorite among fans and riders.

While the Dutch TT (Tourist Trophy) has been held since 1925, the races were run on a public road, and it wasn’t until 1955 when the Assen closed circuit was built. A series of renovations and modifications throughout the years followed, and presently, the only unchanged part of the original circuit is the finish line.

Aside from MotoGP, Assen annually hosts the World Superbike and British Superbike Championships, along with numerous motorsport events. Starting in 2019, it will also feature on the calendar of the German Touring Car series DTM. Rounds of the Champ Car series and Superleague Formula were also previously held at the circuit.

The 4.55 kilometer, 14 meter-wide, clockwise track is comprised of 6 left-handed corners, 12 right-handed corners, and a longest straight of 487 meters. It is narrow with rapid direction changes, and a mixture of quick flat-out corners and slow corners. Surrounded by banks of grass and grandstands with a maximum capacity of 110,000, spectators are assured of fantastic views of all on-track action. Circuit modifications during 2006 included reducing the circuit length and further improvements on track safety. An agreement with Dorna Sports in 2015 confirmed Assen’s place on the MotoGP calendar until 2026.

Valentino Rossi is the rider with the most premier class wins on this circuit, while Marc Marquez currently holds the circuit record. 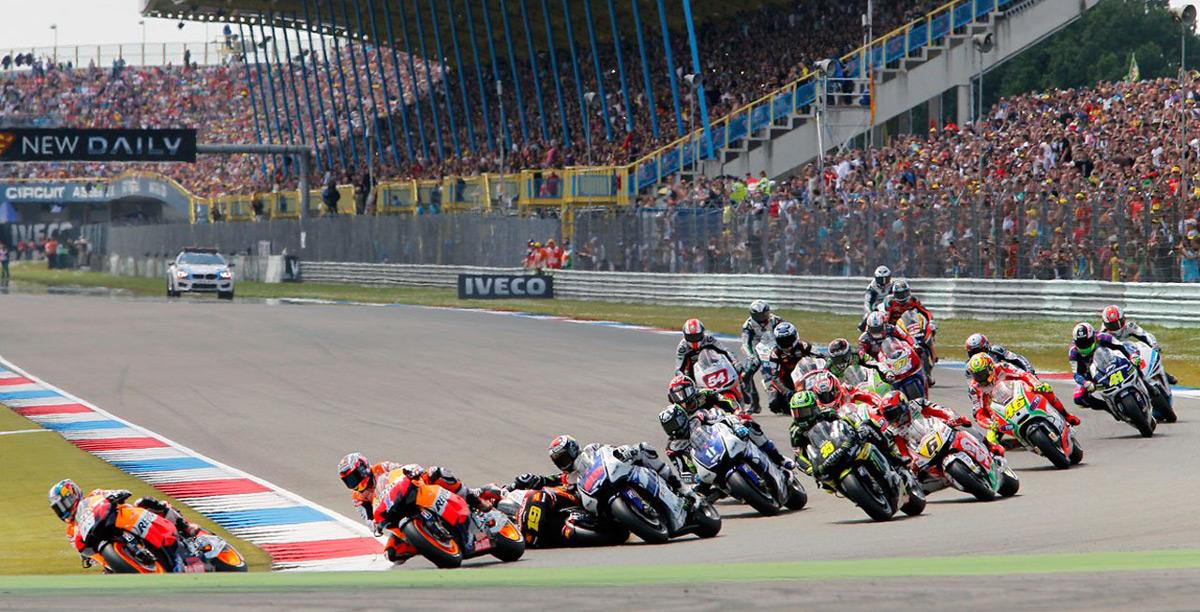 How to get to TT Circuit Assen in The Netherlands

TT Circuit Assen is situated in the northeast of The Netherlands, close to the German border.  The town of Assen is 30km south of Groningen, the largest Dutch city in the north of the country. Groningen Airport (GRQ) has a limited number of connections to Copenhagen, London & Gran Canaria. For a better selection of flights to all corners of the globe, Amsterdam Airport Schipol (AMS) is 200km south. Other airports within a reasonable driving distance of TT Circuit Assen include Bremen Airport (BRE) and Dortmund Airport (DTM). Don’t forget that trains are also a great way to get around in this part of the world. Regular trains from Amsterdam Centraal Station to Station Assen take around 2 hours; after that you can City Bus 1 to the northern part of the circuit.

Camping is the most popular way to experience the Dutch MotoGP. For hotels, you can stay in the nearby city of Groningen or even as a far afield as Amsterdam.

Enquire about a guided tour of TT Circuit Assen. 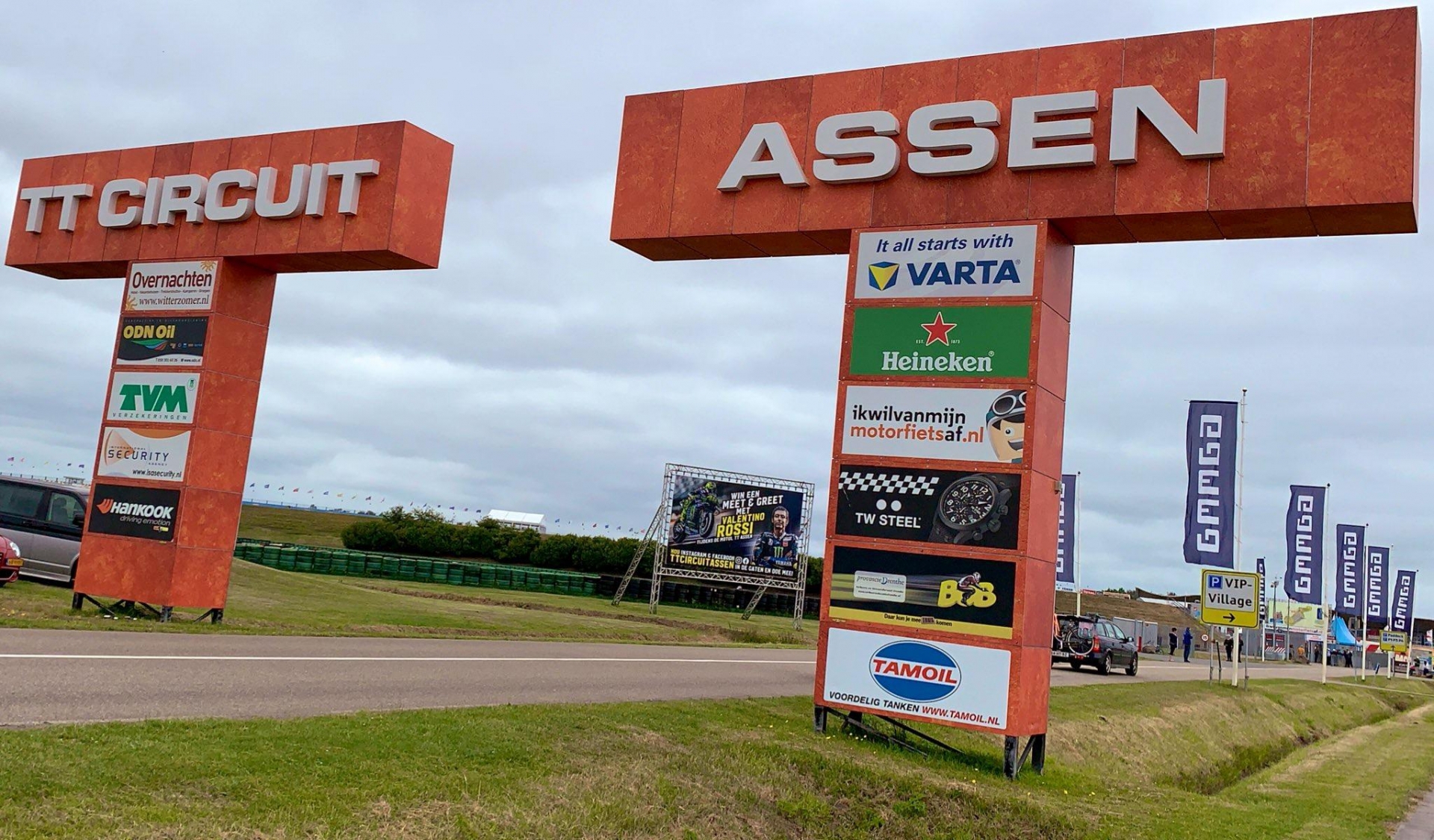 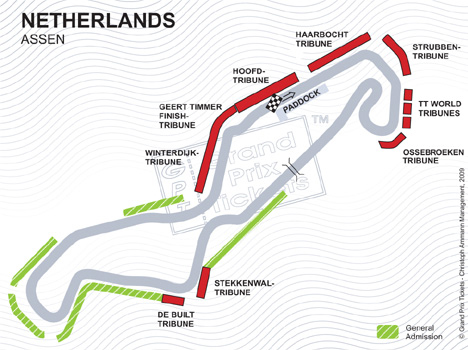