With 40 years of history and plenty of memorable title-deciders, the home of the Brazilian Grand Prix is a special place for many F1 fans.

Though known as Interlagos – literally meaning ‘between two lakes’ – the circuit’s official title is Autodromo José Carlos, in honour of Brazilian driver Carlos Pace, who won at the circuit in 1975. Located in Sao Paulo, the original track was 7.96km, and was removed from the calendar after the 1980 event, with the undulating track being too bumpy and having insufficient safety measures.

With the rise of Sao Paulo local Ayrton Senna through the 1980s, the track was renovated and shortened, and returned to the calendar in 1990. Senna took two victories at his home event, both at Interlagos, in 1991 and 1993. Since the event switched to the other end of the calendar in 2004, the circuit has held plenty of title-deciding races; the most dramatic of these being Lewis Hamilton’s championship victory in 2008, where he won the title at the final corner, and Sebastian Vettel’s comeback from a challenging afternoon in 2012 to secure the championship.

The circuit also hosts national racing events throughout the year, and previously held the 6 Hours of Sao Paulo – a round of the World Endurance Championship – between 2012 and 2014.

After being absent from the Formula 1 calendar in 2020 due to the coronavirus pandemic (the first time the race hasn’t been held since 1973), the Brazilian Grand Prix returned in 2021 with a new name and a new promoter. Plans to move the race to a new circuit in Rio de Janeiro have also been shelved.  Thanks to support from the local government, the race is now known as the São Paulo Grand Prix.

Upcoming events at Interlagos in 2022 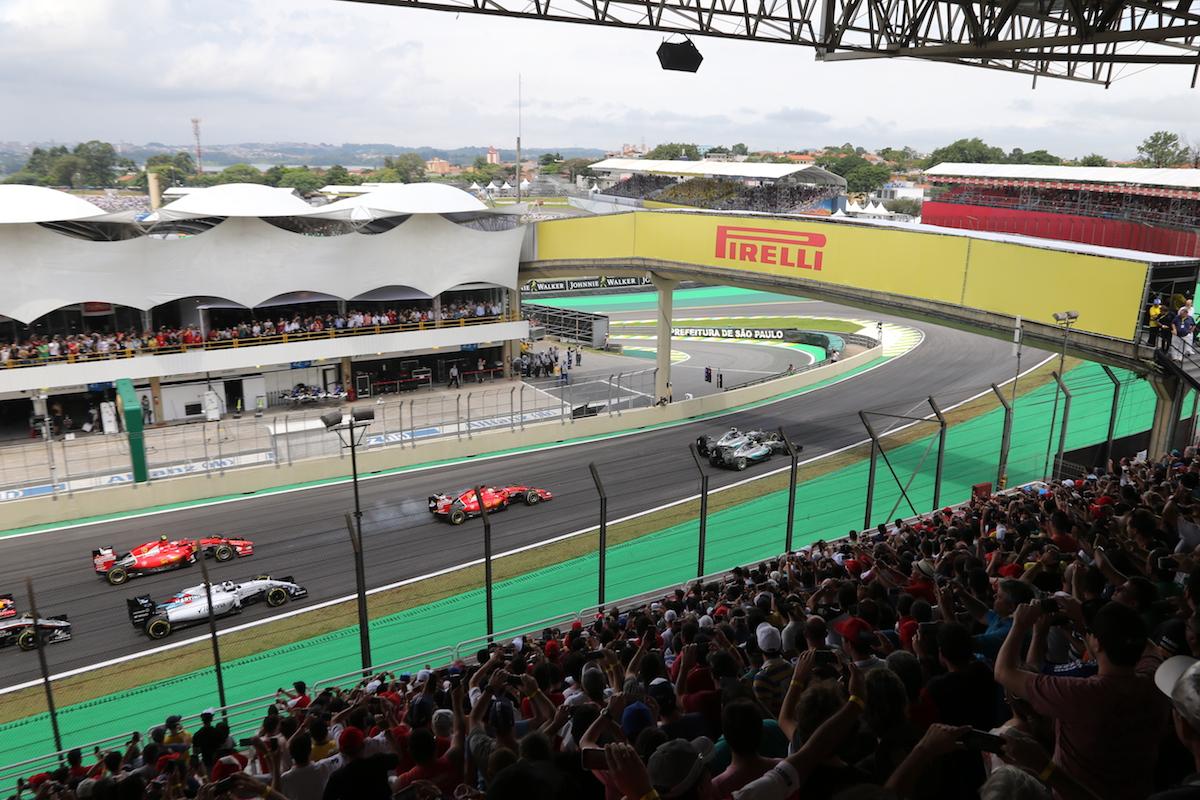 Autódromo José Carlos Pace, more commonly known as Interlagos, is located in the Interlagos neighbourhood of Sao Paulo, around 21km south of the center.

São Paulo has several airports, the main one being Guarulhos (GRU), around 65km north east of the circuit. Congonhas (CGH) and Viracopos (VCP) are also nearby.

The Brazilian Grand Prix has made headlines in recent years after being the target of a number of armed robbery attempts. Always exercise extra caution in the area, and be aware that the track borders a favela. Here are the safest ways to get to the circuit: 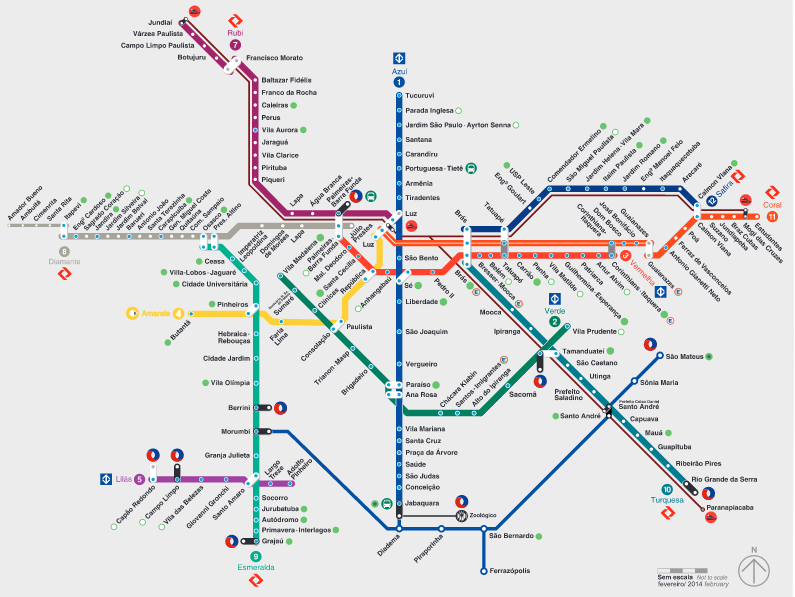 More information about getting to Interlagos for the Brazilian GP can be found on F1Destinations: Getting There & Around – Brazilian Grand Prix.

The Interlagos circuit is located in the suburb of Interlagos, around 25km south of Sao Paulo’s city center. There isn’t much to do in the Interlagos area, so we recommend staying close to Sao Paulo’s vibrant center.

It’s a good idea to stay close to a metro station, as this is the easiest way of getting to the circuit. The city has accommodation to suit all needs and budgets, from hostels to top of the range hotels. Viva Hostel Design, which costs approximately $15 USD per night, is a good choice if you want to explore Sao Paulo’s nightlife scene during your stay. For below $100 USD, Mercure Sao Paulo Pinheiros is well-placed for exploring the cultural side of the city.

Looking for something more upmarket? Hotel Emiliano is nicely situated in the Jardins neighbourhood and the cosmopolitan InterContinental São Paulo is located close to the Paulista Avenue, while the Grand Hyatt São Paulo is the hotel of choice for many of F1’s teams.

More information about where to stay for the Brazil Grand Prix can be found F1Destinations: Accommodation – Brazilian Grand Prix 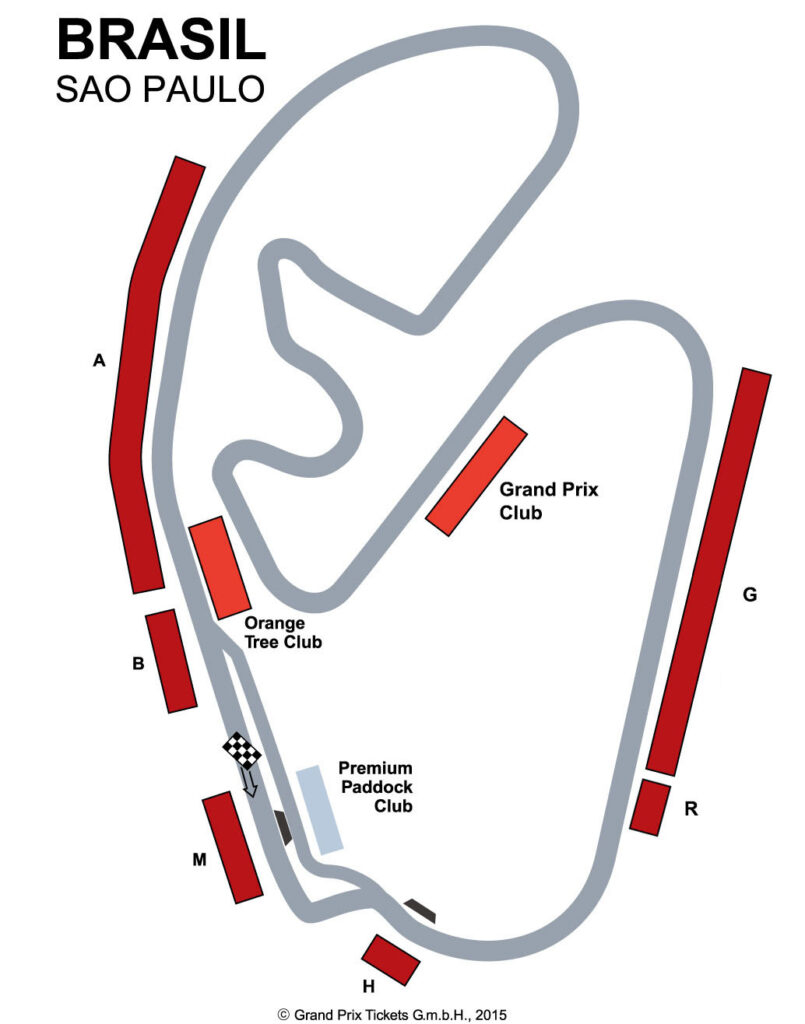