Formula E is set to race in Vancouver for the first time in 2022. It will be the series’ second trip to Canada. The Vancouver E-Prix will take place in False Creek, former host of an annual Champ Car race.

The first Vancouver E-Prix is scheduled to take place in early July 2022, over the Canada Day weekend. The race will go ahead after receiving almost unanimous support in a city council vote and support from local residents. The date of the 2022 race was confirmed in July 2021, while further details on the circuit were announced two months later.

Taking place in front of the Rogers Arena – home of the Vancouver Canucks NHL team – the new Vancouver street circuit will see the drivers race alongside the city’s harbourfront. The circuit incorporates a section of the former IndyCar track, which last hosted a race in 2004. The Molson Indy Vancouver appeared on the Champ Car calendar every summer between 1990 and 2004. The circuit will have capacity for up to 56,000 spectators.

While the start/finish straight is located on Pacific Boulevard, Creekside Park will be the location for the Allianz E-Village. The circuit is in close proximity to the Science World museum, which is worth checking out during your trip.

The 2022 Vancouver E-Prix will mark Formula E’s second visit to Canada. The series last visited during the 2016-17 season, with the one-off Montreal E-Prix. In the double header event, which was the season finale, Lucas di Grassi and Jean-Eric Vergne were the race winners. The race meeting is perhaps best remembered for Sebastien Buemi’s angry outburst in the paddock post-race, in which he accused multiple rivals of crashing into him.

The inaugural Vancouver E-Prix takes place as part of the Canadian E-Fest, a festival celebrating sustainable motorsport, e-sports, music and art. Canadian IndyCar driver James Hinchcliffe is an ambassador of the event.

The Vancouver Street Circuit will be used once a year, at least for now, as host of Formula E’s Vancouver E-Prix. The inaugural race is set to take place on July 2, as part of the Canadian E-Fest.

The Vancouver Street Circuit is located next to the Science World museum, just a few kilometres east of central Vancouver.

Vancouver International Airport (YVR) is located 12km from downtown Vancouver. It is Canada’s second busiest airport. The airport is around 15km south of Vancouver Street Circuit. The easiest way to get from the airport to the city centre is by using the airport train, SkyTrain. A fare should cost you less than $10 CAD. Your trip will take 25 minutes. Trains leave at regular 6-12 minute intervals. 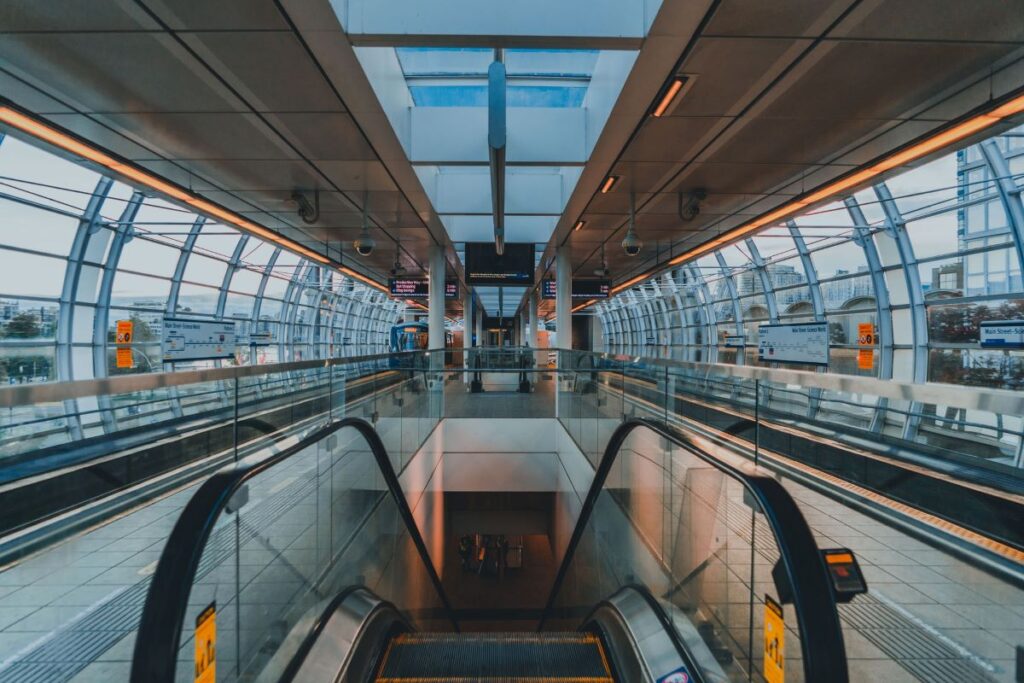 The Science World Station will be the main access point over the Canadian E-Fest weekend. Public transit via TravelLink is recommended, with a wealth of options available to you – from train to seabus! The venue is located across the road from the Main Street-Science World Skytrain Station, which is on the Expo Line. Bus stops at Main Street and Terminal Avenue are also only a short walk away.

Taxi is an easy and convenient way to make your way to Vancouver Street Circuit. Expect to pay around $15 for a fare from the city centre to the circuit. Uber operates in the area and your hotel should be able to recommend other reliable local taxi services.

You can travel to the venue by bike. There’s plenty of space to securely leave your bike in the plaza at the front entrance of Science World. The circuit is also only 2km from the city centre, which is only around a 30 minute walk from Vancouver city centre.

We recommend not to make your own way by car, as there will be no parking available for the event. Further information can be found here.

Vancouver always ranks highly in the list of the world’s most liveable cities. There are plenty of options in a number of different areas of the city to base yourself for the Vancouver E-Prix.

Yaletown is recommended as the top area to stay if you’re visiting Vancouver for the first time. It’s located close by the city’s main attractions and is less than 2km from the circuit. You’ll find a large range of accommodation options here, from 5-star luxury to super affordable hostels. Yaletown is also near the Rogers Arena. Canadian superstar Shawn Mendes headlines the venue on the night of the inaugural Vancouver E-Prix.

Slightly south of Yaletown is Granville Street, which is a great location to stay if you want to combine your trip to the Vancouver E-Prix with a shopping spree.

Mount Pleasant is another viable base for your trip. It’s quicker to reach from the airport, without having to venture into the city centre, and the area is only slightly south of the circuit.

Looking to check out the best cuisine Vancouver has to offer? The Gastown and Chinatown districts are your go-to areas for top restaurants and bars. Further afield, the Coal Harbour area is perfect if you’re looking to soak up Vancouver’s nightlife. Check out the West End if you want to take a stroll along the harbourside as the sun sets on a busy day of racing action. 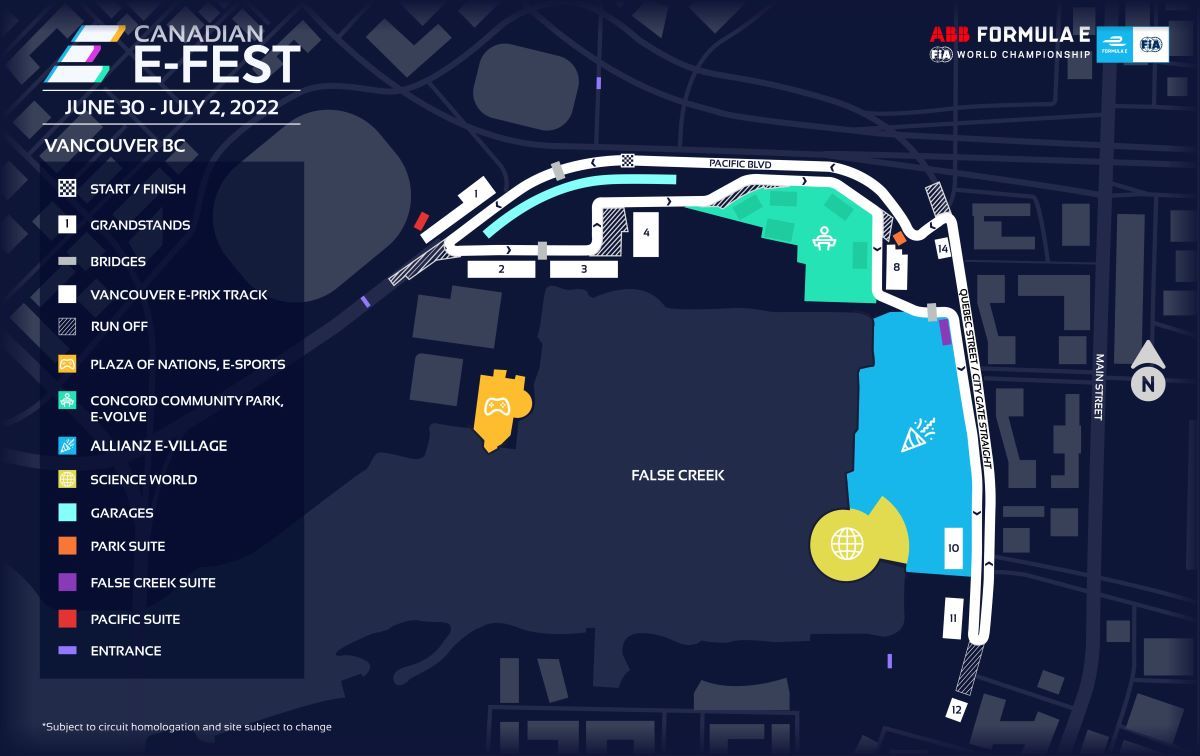