Located in the historical town of Ad Diriyah on the outskirts of the Kingdom’s capital city, the Riyadh Street Circuit has been hosting Formula E since 2018.

VISA UPDATE: As Saudi Arabia opens up to the global tourism market, a new e-Visa program was launched in October 2019. Citizens of 49 countries are now eligible for an evisa or visa on arrival at a cost of 440 SAR ($117 USD). More info here.

As the original home to the Saudi royal family, Ad Diriyah is also a UNESCO World Heritage site that’s steeped in cultural history. But even more recently, the ancient town made modern-day history as the venue where Formula E’s Gen 2 cars made their racing debut. The historic town made even more history in 2021, as it hosted Formula E’s first ever night races.

The 2.5 km temporary street circuit, with its 21 turns, already has a reputation for being one of the most challenging tracks in the all-electric championship. The track features plenty of undulating areas and narrow sections, while the dusty conditions of the Arabian desert also adds an extra challenge for the teams and drivers.

The first Diriyah E-Prix was held in 2018, when it hosted the season-opening race. The circuit has gone on to host the season-opener again in both 2019 and 2021, and will do so once more in 2022. Attack Mode made its debut on this circuit in the 2018 Diriyah E-Prix, with the activation zone located on the long straight between turns 17 and 18.

Although the decision to host a Formula E race in Saudi Arabia was met with controversy when it was first announced, the Kingdom has agreed on a ten-year deal with to host a round of the championship in the country. The deal was secured under Saudi Arabia’s 2030 plan that aims to boost the Kingdom’s status in aspects such as sports and tourism.

Learn more: Everything you need to know about attending the Diriyah E-Prix

The Riyadh Street Circuit is currently only used once per year for Formula E.

The 2022 Ad Diriyah E-Prix double header will open the Formula E calendar for season 8. The double header of races will take place on January 28 & 29. 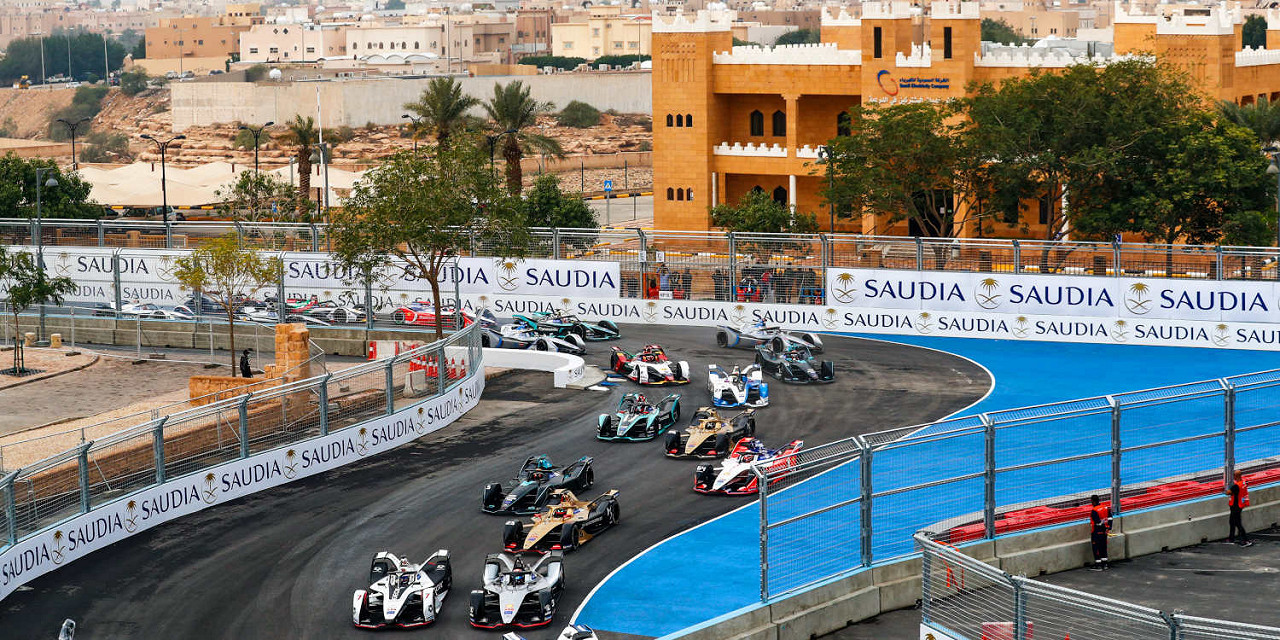 Browse all accommodation in Riyadh, the capital of Saudi Arabia, for the 2022 Ad Diriyah E-Prix on January 28-29.