Close to Elkhart Lake, between the cities of Milwaukee and Green Bay in Wisconsin, Road America is one of the USA’s fastest road course circuits.

It was in the late 1940s that a group of racing enthusiasts identified the picturesque area around Elkhart Lake as a perfect spot for a race track. The first Elkhart Lake Road Races took place in 1950. Despite attracting up to 50,000 fans per event, racing on public roads was soon banned due to safety concerns.

Nevertheless, Cliff Tufte had already begun planning for a permanent racing track. His vision for a circuit was built at a cost of $175,000 and hosted its first races in September 1955. The first major race at the track was the 1956 NASCAR Grand National race, before NASCAR was a widely popular series. The circuit has invested millions of dollars in safety tweaks to the track over the years but, unusually, the 14-turn 6.515km clockwise circuit has not been altered since opening in 1955. Elevation changes and long straights mean that Road America is one of the country’s fastest road circuits, with top speeds surpassing 300km/h.

Among the most high profile annual events at Road America is the IndyCar series, which returned to the calendar after an eight year break in 2016. The WeatherTech SportsCar Championship has visited annually since 2014, while the NASCAR Xfinity Series has been a popular event at the circuit for the past decade. The track does not just cater for four wheels – AMA Superbikes (renamed MotoAmerica in 2015) has been a mainstay on the calendar for many years.

Road America hosts 400 events per year, with cycling, running and even skating events appearing alongside the racing action. In May, the circuit hosts a Spring Vintage Festival, recreating the atmosphere of the circuit’s earliest races with over 200 competitors racing in historic cars. With the Whistling Straits Golf Course located less than 30km away, the circuit also offers camping for golf fans during the Ryder Cup.

Upcoming Events at Road America in 2021 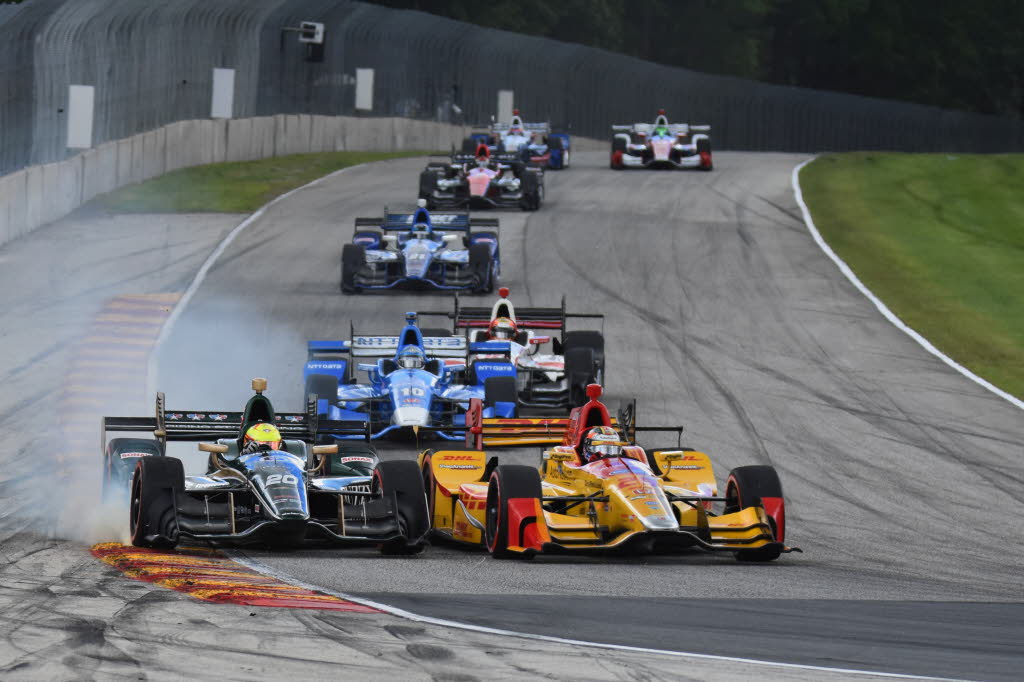 Road America is located next to Elkhart Lake in Wisconsin, a short distance from the shores of Lake Michigan.

Given its remote location, Road America is best accessed by road. Coach transfers from major regional cities are organized by the circuit and by Rally for major race weekends. Road America is located on State Highway 67, which runs north to south. General admission parking is free during major events, while preferred parking costs $25 from Thursday to Sunday. Estimated driving times from major regional cities to Road America:

Camping next to the track is a popular way to experience a racing weekend at Road America.

Road America offers 1500 campsites next to the circuit on 600 acres of land, as well as a limited number of trackside cabins. Camping is available for RVs and tents. Additional services include five permanent restrooms/showers and fourteen concession stands. General camping for most major events costs $40 without electric or water hookups. Learn more about camping at Road America here.

Closer to the shores of Lake Michigan, the towns of Sheboygan and Sheboygan Falls also offer some good accommodation choices around 15-17 miles from Road America. Well-rated hotels include The Rochester Inn, AmericInn by Wyndham Sheboygan and Quality Inn Sheboygan.

Check all accommodation near Road America

Track days, driving and passenger experiences are available at Road America throughout the year. 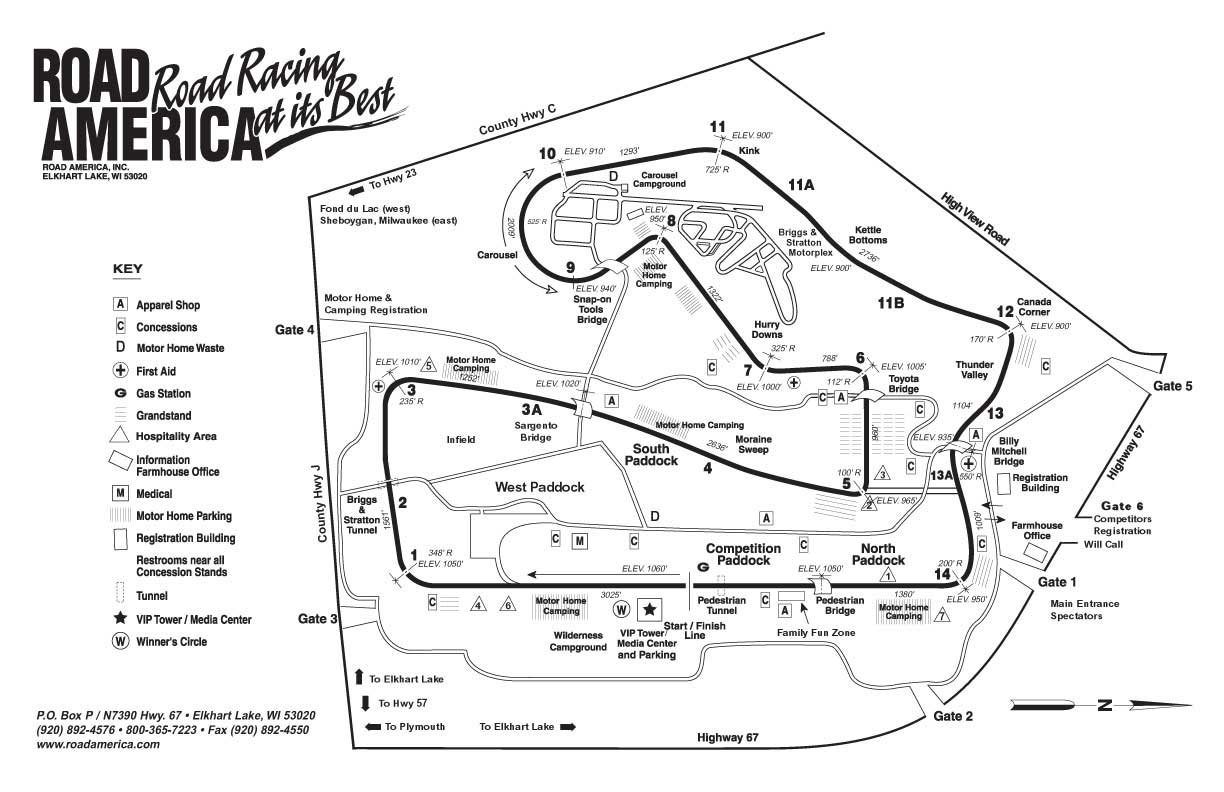 Click here for an interactive fan map of Road America.