Located in the heart of the Styrian mountains, the Red Bull Ring (formerly known as Österreichring and the A1 Ring) hosts Formula 1 and MotoGP races annually.

The original 6km Österreichring opened in 1969 as a replacement for the bumpy track at Zeltweg Airfield, hosting its first F1 Austrian Grand Prix in 1970. Located in the picturesque Styrian mountains, the track was frighteningly fast. After hosting 18 consecutive Austrian Grands Prix and seeing a number of major accidents, including the death of Mark Donohue in 1975, F1 moved away from the track, which had been deemed too unsafe.

Both motorcycles and Formula 1 returned to the circuit in the mid-nineties, by which time the circuit had been renamed the ‘A1-Ring’, and had been re-designed by Hermann Tilke, in the now-famous track designer’s first major commission. The track was shortened by 2km and lost the sweeping corners for which it had become legendary. After failing to make much money, the track was removed from the F1 calendar in 2004. Red Bull founder Dietrich Mateschitz bought the track and set about a major redevelopment, but work was halted after environmental complaints. With existing buildings demolished, the track lay dormant for six years, until the circuit was finally revived and re-opened as the Red Bull Ring in 2011. The Austrian Grand Prix returned to the F1 calendar in 2014, in front of a sell-out crowd. Comprising of just eight corners, the lap is the shortest to complete in terms of time on the current F1 calendar.

Since 2016, the track has hosted the Austrian round of the MotoGP championship each August, following a 19-year hiatus of the event. 2019 will mark the first year since 2010 where the DTM series has not raced at the circuit.

In 2020, the Red Bull Ring hosted the first two races on the Formula 1 calendar after a delayed start to the season resulting from the COVID-19 pandemic. The circuit also hosted two back-to-back MotoGP races in 2020. In both cases, the events were held behind closed doors. Fans returned to the track for the 2021 events.

Major motorsport events happening at the Red Bull Ring in 2022 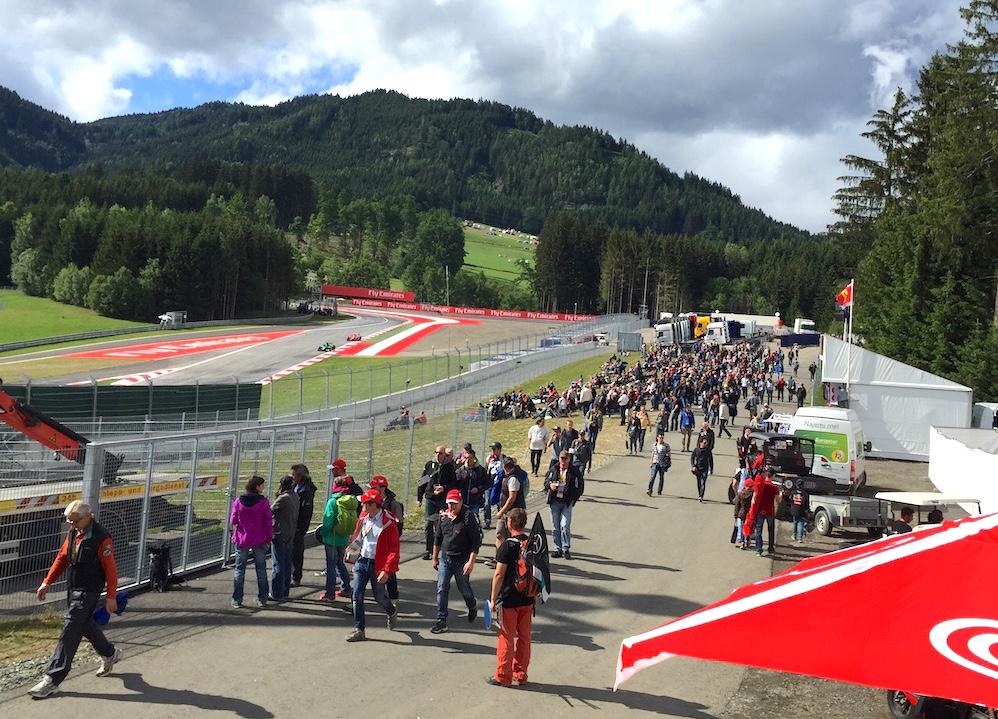 The Red Bull Ring is located in rural Spielberg, in the mountainous Styrian region of Austria.

The best airport in the area is Vienna International Airport (VIE), 200km from the Red Bull Ring, which offers a wide range of short, medium and long haul flights. The closest airport is Flughafen Graz (GRZ), around 85km from the circuit, but offers a limited number of connections.

How to get to the Red Bull Ring: 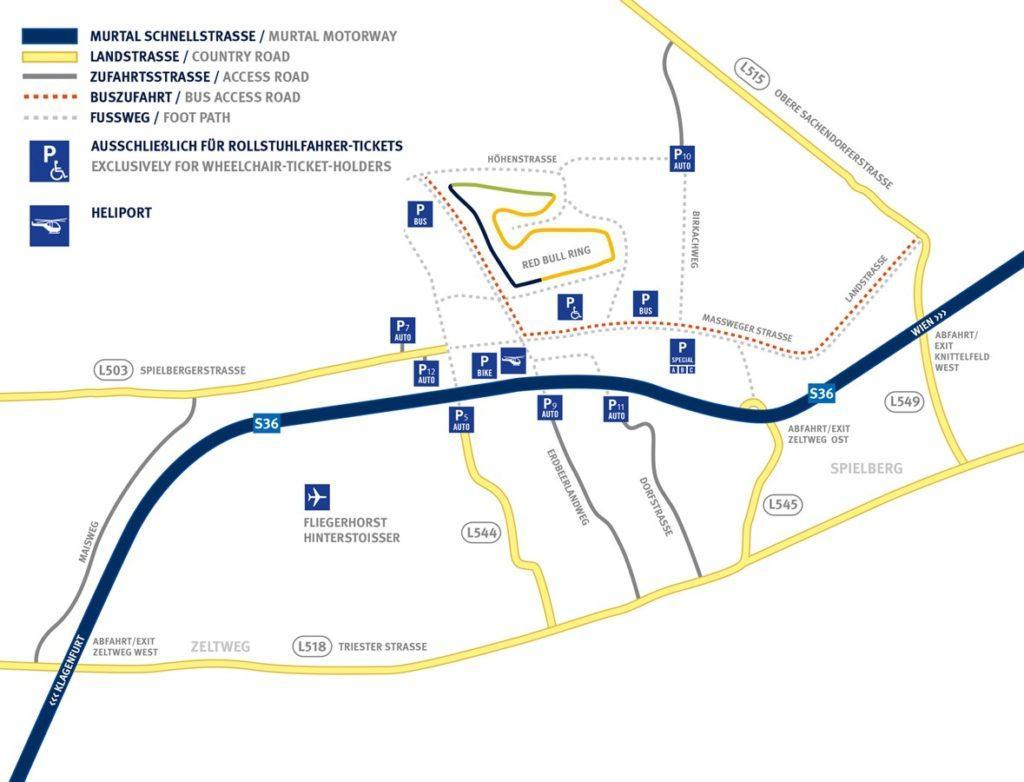 With its rural location in the Styrian mountains, you’re likely to be looking at finding accommodation in Graz, a little distance from the Red Bull Ring; unless you’re camping at the track.

Browse all hotels near the Red Bull Ring.

You’ll be in good company if you’re planning on camping for the Austrian Grand Prix weekend, with thousands of fans camping at the track each year. There are seven color-coded campsites around the circuit, with the Pink and Orange sites the most picturesque, and least likely to be noisy.

Graz is a good place to base yourself for the weekend; but be aware that the city isn’t huge and hotels increase their prices over the race weekend. The Der Marienhof Hotel Garni, in the east of Graz, and Hotel Süd, in the south, are well-priced 4-star hotels. The Hotel Gollner, Best Western Plus Amedia Hotel Graz and Mercure Graz City are all centrally located, in excess of €220 per night for double rooms.

Due to its mountainous location, there are a number of mountain chalets in the surrounding area; there’ll be no snow to worry about in July when the F1 race is held! Lachtalhaus, JUFA Hotel Maria Lankowitz and Romantik-Villa LebensART are all good options, located within 30km of the circuit. 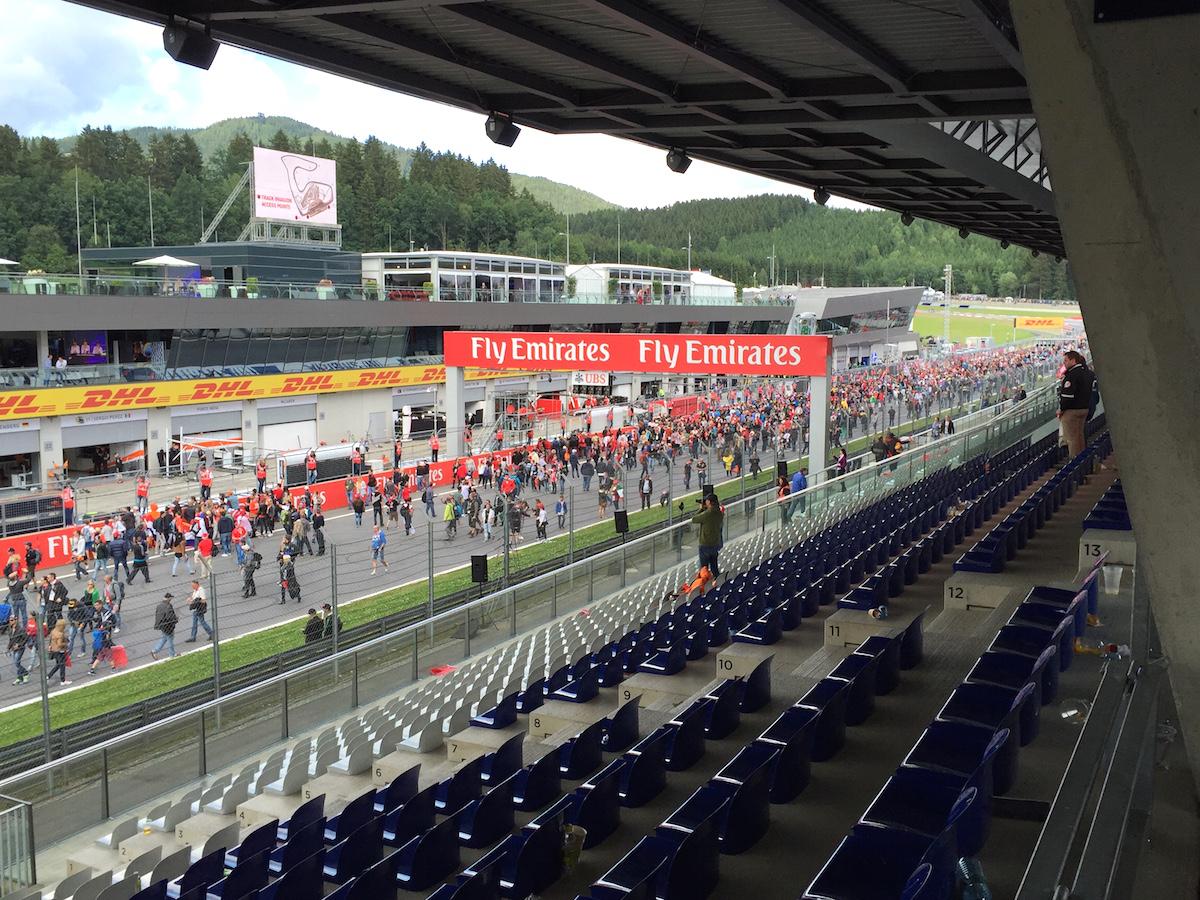 The Red Bull Ring is available regularly during the summer months for a variety of track days and driving experiences. 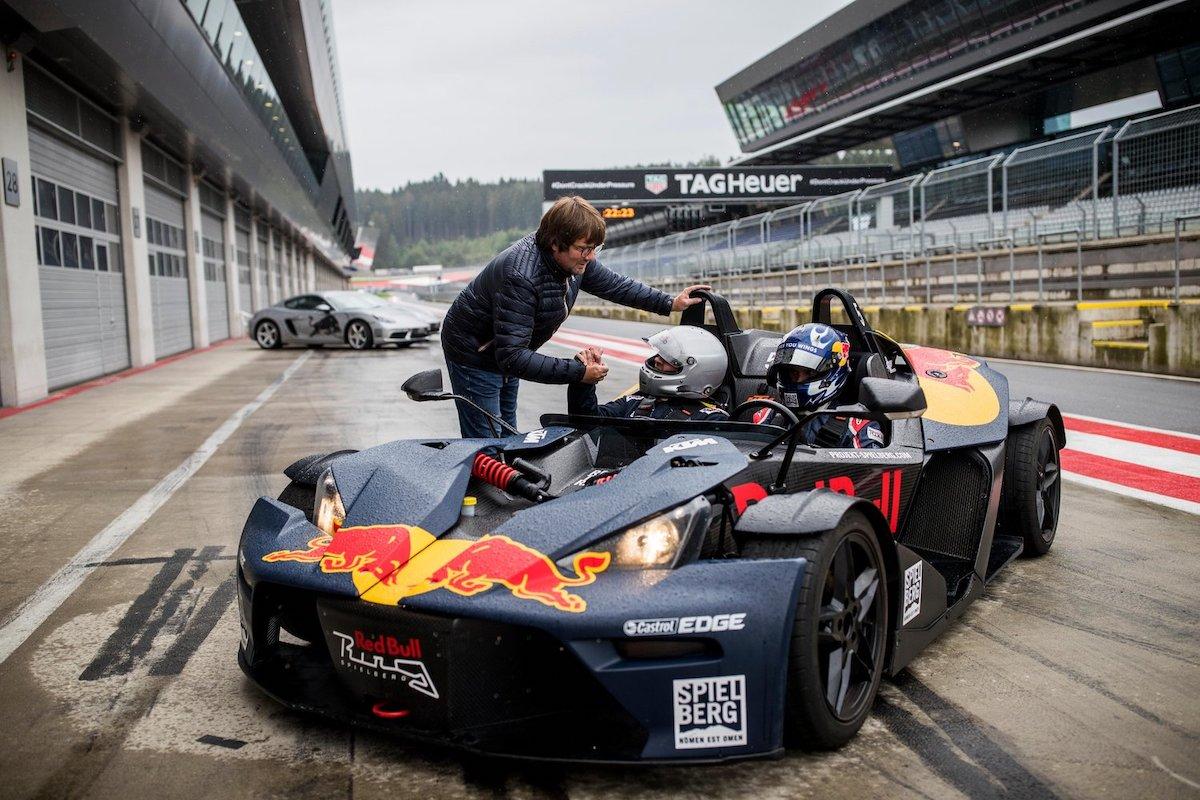 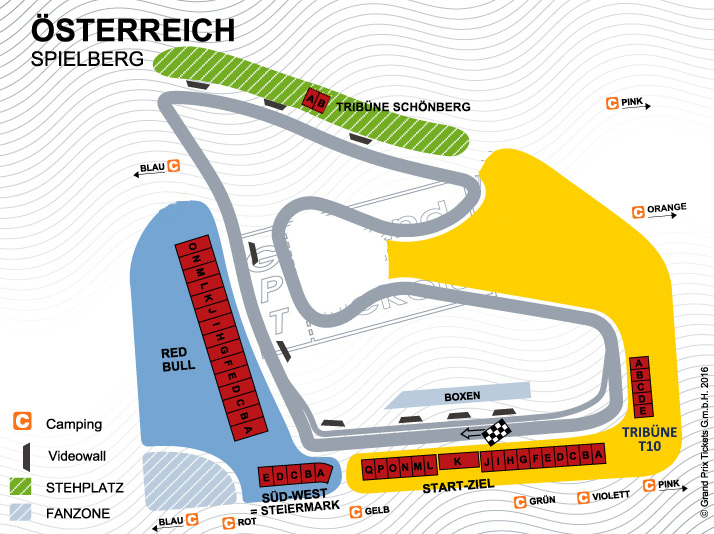