Considered one of the finest race tracks in America, Laguna Seca ha been hosting motorsport for over sixty years.

WeatherTech Raceway Laguna Seca, located near Monterey, California, was built in 1957. Built around the perimeter of a former lake, “Laguna Seca” translates from Spanish as “dry lagoon”. The 3.6km track has eleven turns and features 55 metres of elevation change. The track was constructed at a cost of $1.5 million, as a replacement for the Pebble Beach Road Races which were abandoned in the 1950s having become too dangerous.

The downhill Corkscrew section is the most famous part of the anticlockwise circuit. The complex – which comprises of Turns 7, 8 and 8a – is considered one of the most challenging at any track in the world. After an uphill approach, the track falls 18 metres after the blind crest. Alex Zanardi made a famous pass here on the last lap of the IndyCar Monterey Grand Prix in 1996 to win. Other corners have been named after American motorsport legends. Turn 2 is named the Andretti Hairpin, Turn 9 is known as the Rainey Curve and the stretch of track between Turns 6 and 7 is the Rahal Straight.

The circuit has developed over the decades to keep up with modern safety standards, with the most major update coming in 1988, when a new infield section was added at Turn 2. Further adjustments were made when MotoGP returned to the track after an 11-year hiatus in 2005. The Corkscrew was further improved the following year. Laguna Circuit now holds an FIA Grade 2 License. After a fifteen year hiatus, IndyCar returned to the circuit in 2019. It will host the series finale once again in 2020.

Since 1974, Laguna Seca has hosted the Monterey Motorsports Reunion. Compared to the Goodwood Festival of Speed, the event sees hundreds of high value antique racing machines take to the track in a celebration of motorsport heritage. It remains one of the circuit’s most popular weekends of the year. 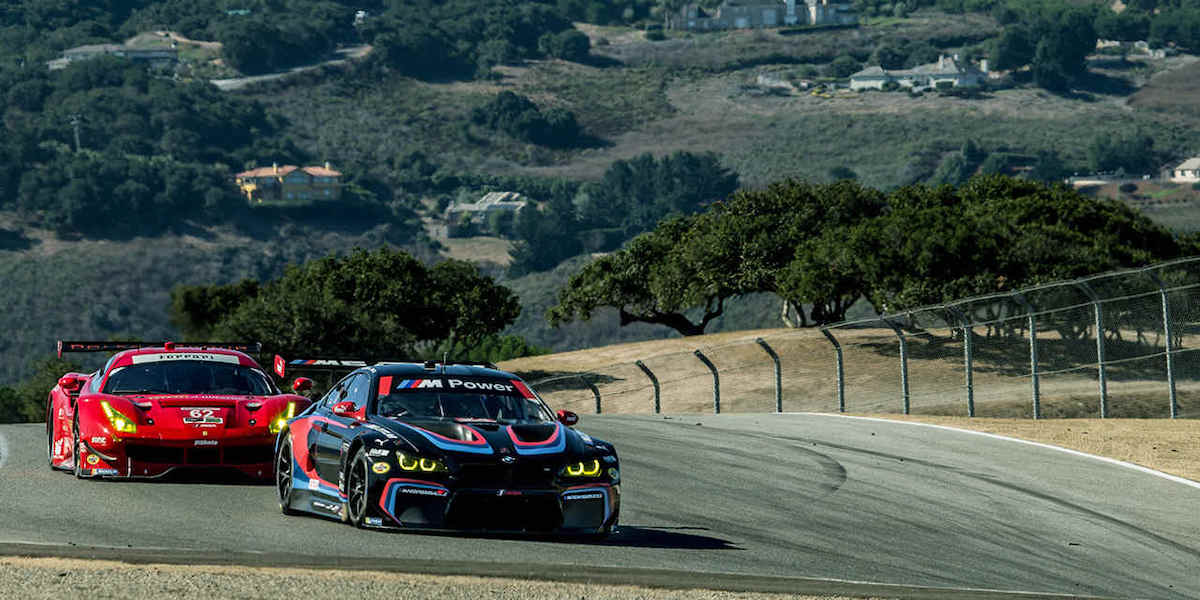 Upcoming Events at Laguna Seca in 2021 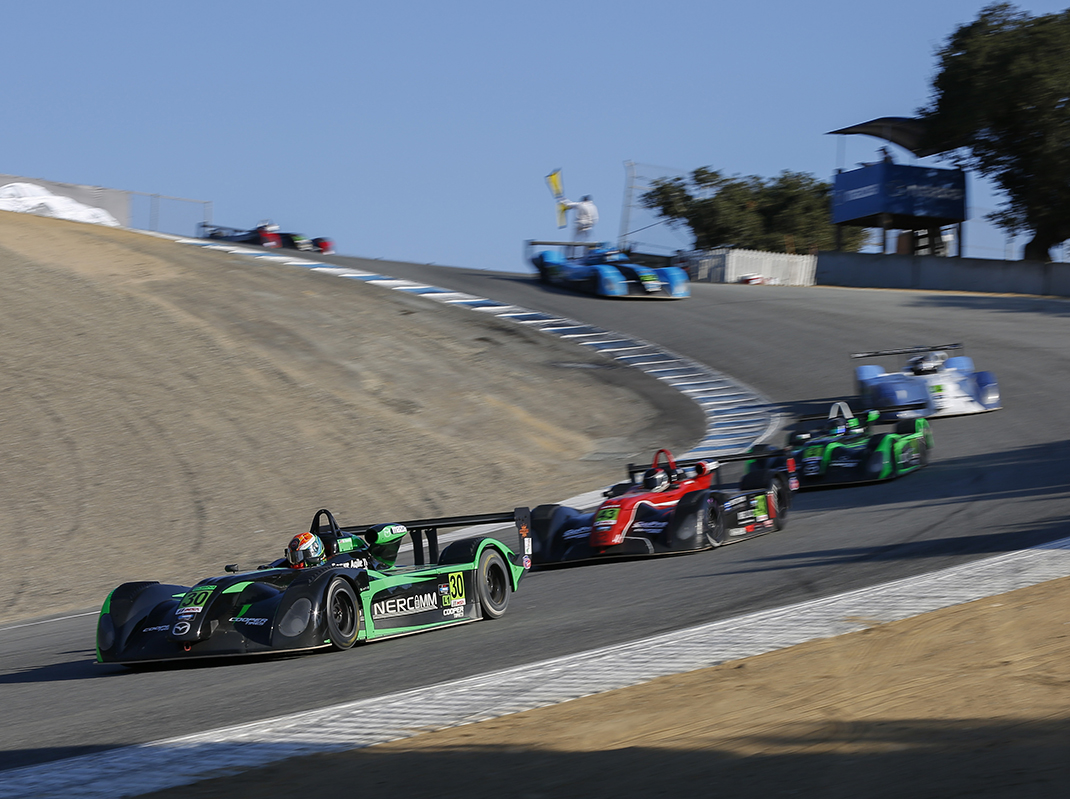 Laguna Seca is located close to the town of Monterey on the Pacific coast, 2 hours’ drive south of San Francisco.

The best way to get to Laguna Seca is to drive. The circuit is located between Monterey and Salinas, just off the Monterey-Salinas Highway. General admission parking is free during major events. Estimated driving times from major regional cities to Laguna Seca:

Camping is one of the best ways to experience a major race weekend at Laguna Seca. There’s also plenty of holiday accommodation in Monterey.

The Laguna Seca Recreation Area next to the circuit offers camping for both tents and RVs on major race weekends. Three types of camping – Premier, Reserved, and General – are available at six campsites around the track:

Some good hotels are located near Laguna Seca, but demand and prices are high during major race weekends.

Various companies offer track days at Laguna Seca for both cars and motorbikes throughout the year.

Here are some of the companies offering track days at the circuit: 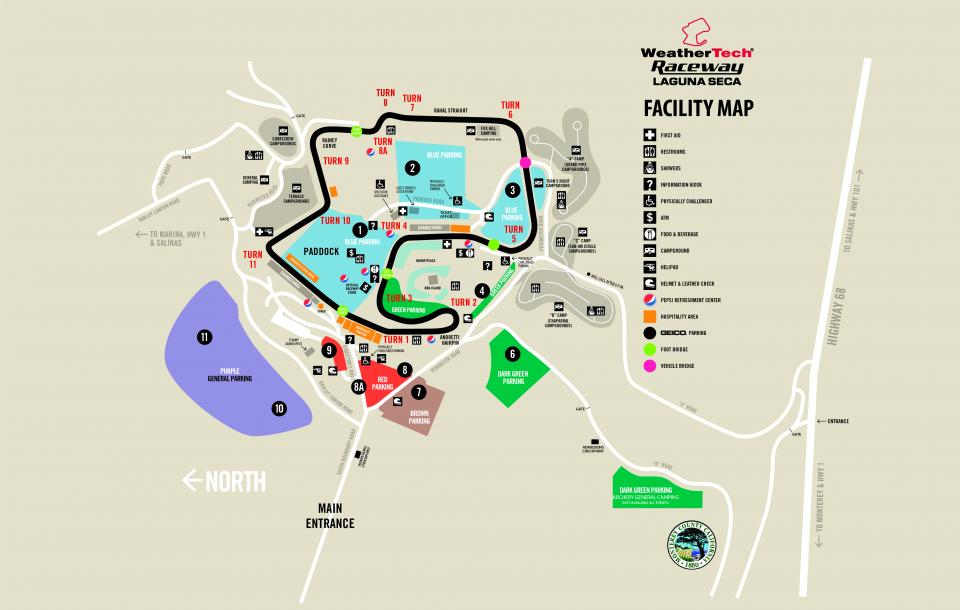