The Paul Ricard track, on the French Riviera, returned to the F1 calendar in 2018 following an 18-year absence.

The original Paul Ricard track featured the 1.8km Mistral Straight, which, paired with the other high-speed sections of track, made life difficult for engines. After the death of its namesake, and following F1’s departure to Magny Cours, the track was bought by a company owned by Bernie Ecclestone, who turned the track into a testing venue at the turn of the millennium. Built on a plateau, the track offers a massive 167 different configurations in total! The circuit has distinctive markings in the run-off areas, with blue and red strips designed to minimise braking distances.

The circuit held the French motorcycle Grand Prix on 13 occasions, most recently in 1999. It’s also a popular venue for F1 tyre testing. The track’s 2018 return wasn’t without difficulty – poor traffic management meant fans were stuck outside the circuit for most of the first day’s action. Luckily, a proper mobility plan was put in place for 2019. Paul Ricard will remain on the F1 calendar until at least 2021.

The 2020 French Grand Prix was cancelled due to the coronavirus pandemic, but returns in 2021. The circuit has a busy schedule of events for 2021, including the French Grand Prix in June and the FIA Motorsport Games in October. 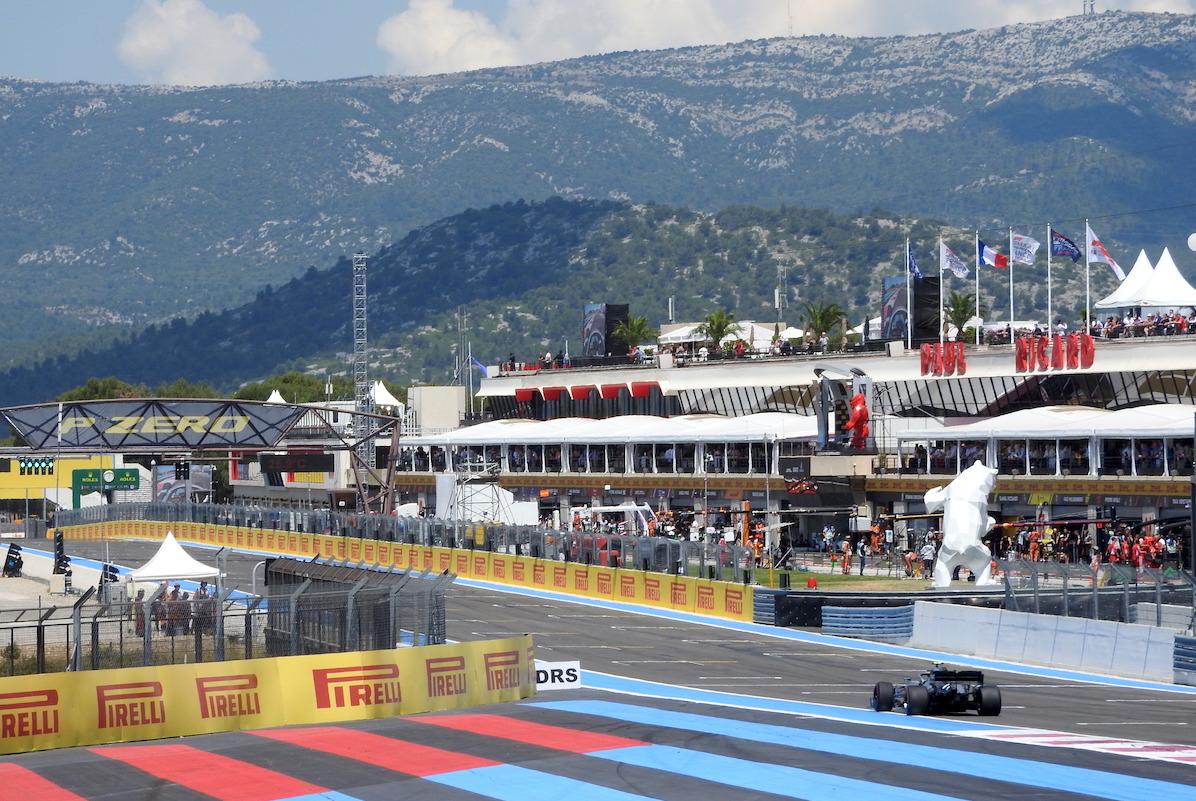 * NEW DATES: Due to the cancellation of the Turkish Grand Prix, the 2021 French Grand Prix has been moved to new dates – one week earlier than first announced. The Circuit Paul Ricard is located in the Le Castellet commune, around 40km east of Marseilles, in south eastern France.

The best airport to fly into is Marseille Provence (MRS), around 65km from Paul Ricard. The closest airport is Toulon Hyères (TLN), 55km from the circuit, but this only serves limited routes.

How to get to Circuit Paul Ricard: 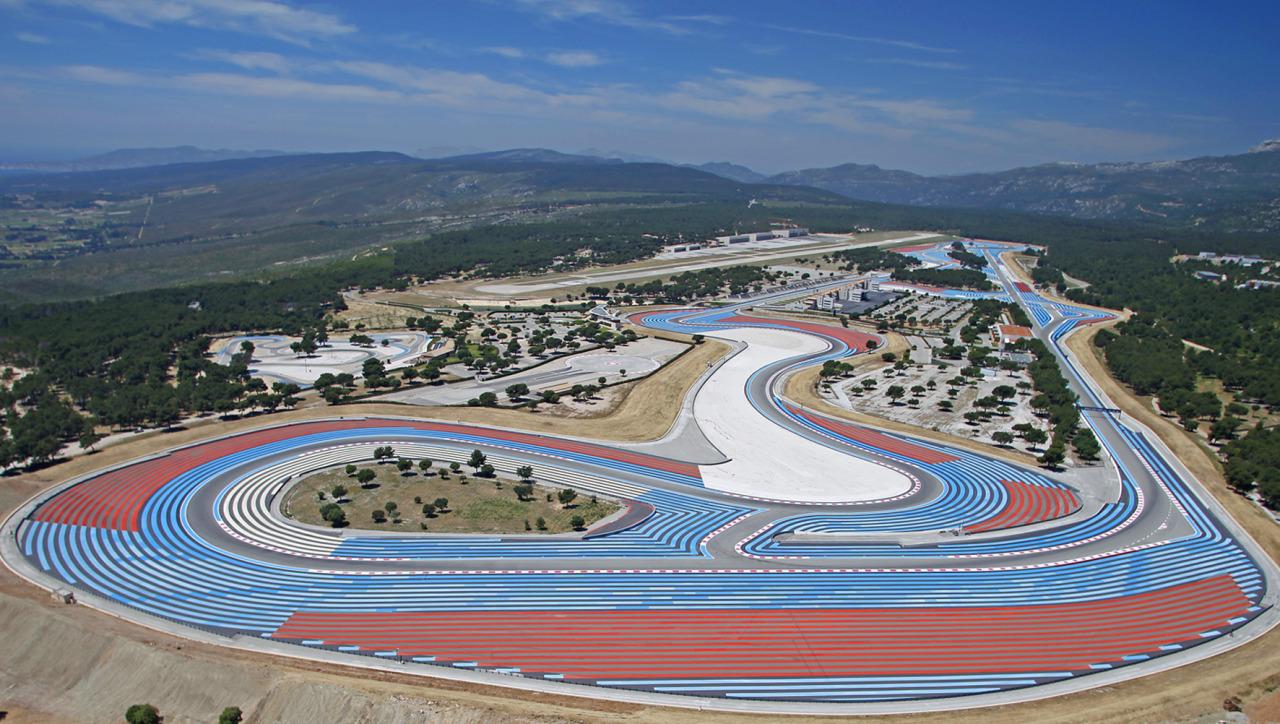 Circuit Paul Ricard is a rural circuit with a limited amount of nearby accommodation, aside from camping and boutique hotels. For larger events such as the French Grand Prix, we recommend staying in the larger cities of Marseille or Toulon.

View all accommodation for the 2022 French Grand Prix

Two hotels are located within a short walk of the Circuit Paul Ricard entrance – the 5-star Hotel & Spa du Castellet and the 3-star Grand Prix Hotel & Restaurant. Both hotels are highly unlikely to be available on French Grand Prix weekend or other major race weekends, but can be a good option when visiting for track days or off-season circuit visits. Click here for other hotels in Le Castellet that are close to the circuit.

In the summer months, you can also stay at one of the many campsites in the area around Le Castellet. Many of these campsites have large grounds with swimming pools and other facilities. Temporary trackside camping is also offered on French Grand Prix weekend. The following campsites are closest to Circuit Paul Ricard:

In addition to guided tours, you can also check out the X-Trem Park with various fun activities. 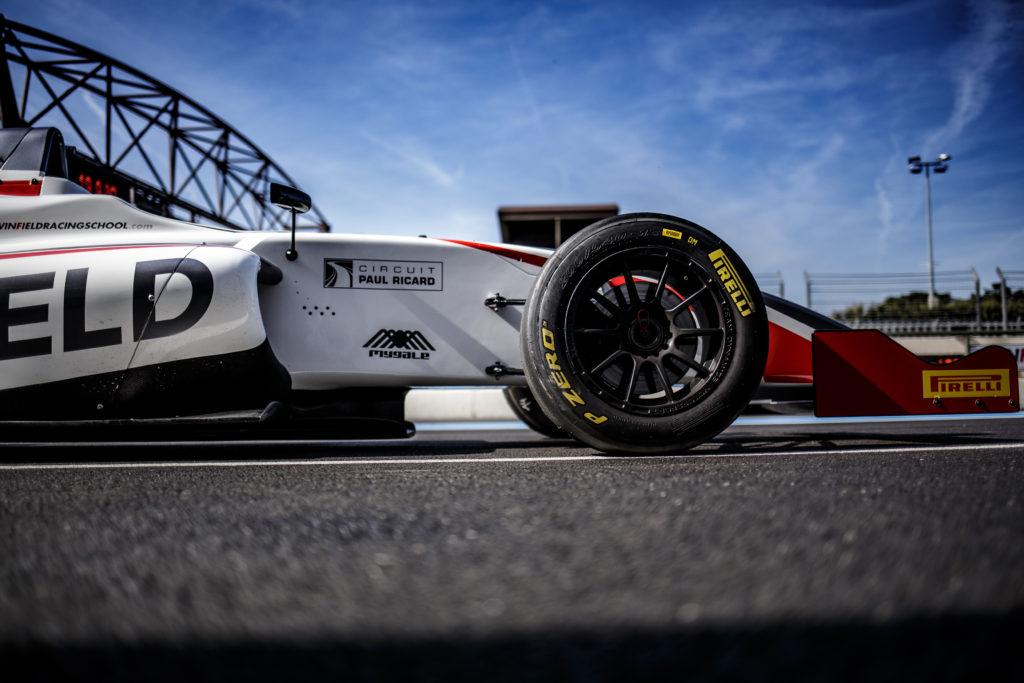 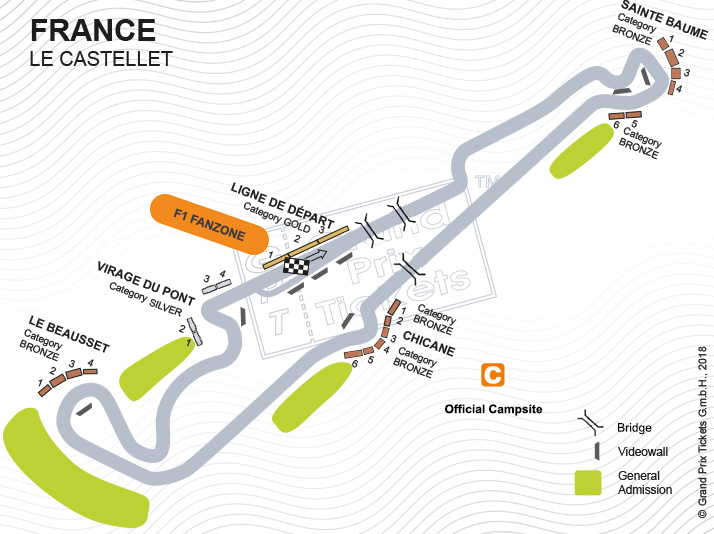