Opened in 2008, the Algarve International Circuit near Portimão is now firmly established on the global motorsport calendar as a host of Formula 1, MotoGP and WEC.

Also known as Algarve International Circuit, Portimão Circuit is a relatively new track located in the town of Portimão, in southern Portugal. Plans for the circuit were originally announced in 2002, but issues in securing finance meant that the circuit was not completed until 2008.

The 4.7km clockwise circuit was designed by Ricardo Pina and the project – which also includes a go kart track, a hotel and a technology park – was completed at a cost of €195 million. The main track has 15 turns, and its undulating nature means that it is reminiscent of classic tracks such as Spa Francorchamps or the old Nurburgring layout.

The circuit had grand ambitions when it opened, and hoped to attract Formula 1 as a regular feature on its annual calendar. Portimão hosted a number of F1 tests in 2008 and 2009. The circuit was set to join the pre-season testing roster in 2011, but no further test sessions have taken place at the track. In 2017, it was rumoured that circuit owners were in talks with F1 to bring the Portuguese Grand Prix back to the calendar.

The very first event held at the track was the final round of the 2008 Superbike World Championship. The series has visited in every season since, except 2016. The tenth turn of the circuit is named in honour of rider Craig Jones, who died shortly before the circuit hosted its first round of the championship.

The circuit suffered financial woes in 2010, but was bailed out in 2013 by the state-owned Portugal Capital Ventures. Other championships to have previously visited the circuit include A1GP, the Le Mans Series, Blancpain Sprint Series, FIA GT, WTCC and GP2.

The COVID-19 pandemic has ironically been very positive for the Portimão Circuit, which stepped up to host both Formula 1 and MotoGP at late notice in the second half of 2020. Both series return to the circuit in early 2021, along with WEC, which will stage its first race at the circuit in summer.

Major motorsport events at Portimão in 2022

Algarve International Circuit is located near the coast in the southwest corner of Portugal.

The closest airport to the circuit is Faro Airport (FAO), 80km or less than an hours’ drive to the east, which is a busy hub for holiday flights. EasyJet and Ryanair have the most connections from Europe to Faro Airport.

Algarve International Circuit is located midway between the towns of Portimão and Lagos, both of which are around a 20-minute drive away. The circuit entrance is close to the A22 motorway, the main artery along the coastline in the Algarve region that connects to the A-49 motorway in southern Spain. The circuit is less than 3 hours’ drive (300km) from the Portuguese capital, Lisbon.

The closest train station to the circuit is at Mexilhoeira Grande, some 10km away. Train services run along the coast to Faro and the Spanish border. More information and routes are available on Comboios de Portugal website. Local buses are run by Eva Transportes, but do not service the circuit directly. A taxi or Uber from Portimão or Lagos to the circuit should cost around €20.

The Algarve region is a popular tourist destination with plenty of available accommodation, from camping to 5-star resorts.

In the immediate vicinity of the circuit, the Algarve Race Resort offers 4-star hotel rooms and apartments, though demand and prices will be high on major race weekends.

There’s also plenty of villas with swimming pools available near the circuit. Alternatively, the closest coastal towns of Lagos and Portimão both have a substantial amount of holiday accommodation available. 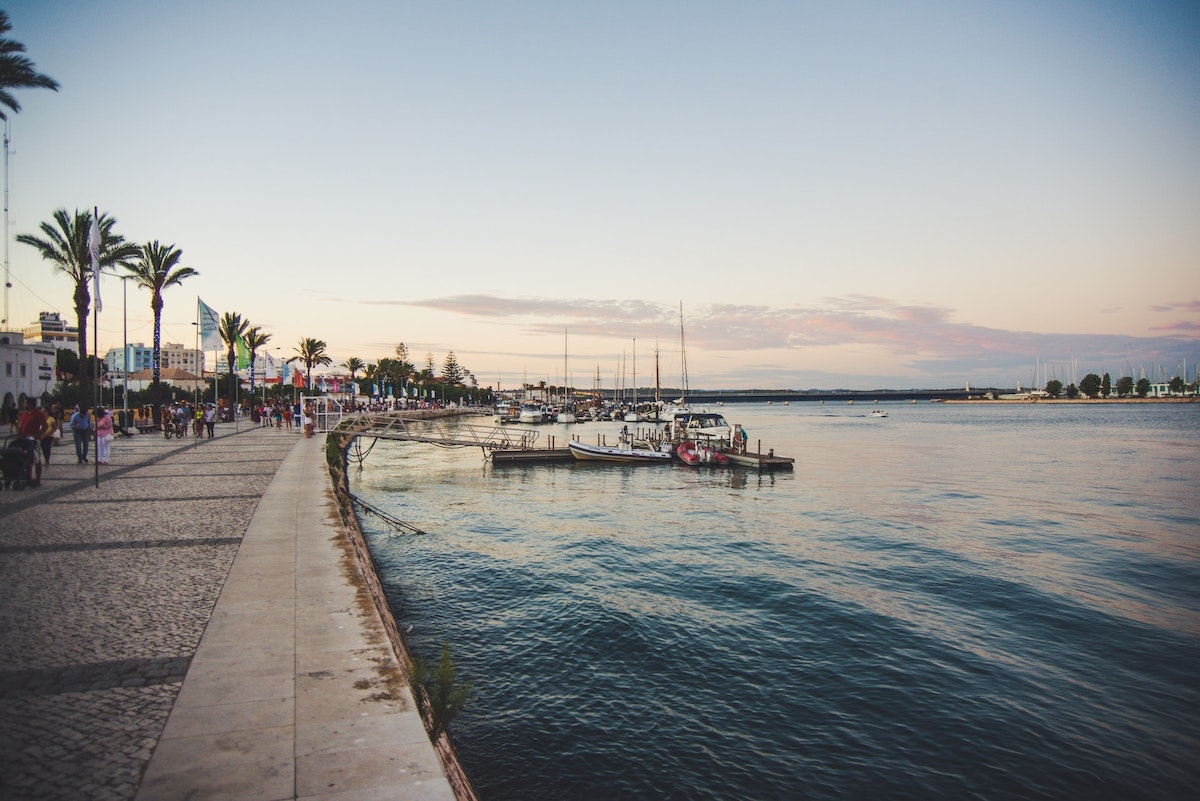 Track days are organized throughout the year for cars and motorbikes, or you can drive high-performance cars at the track with the AIA Racing School.