A pilgrimage to Zolder, where Gilles Villeneuve lost his life 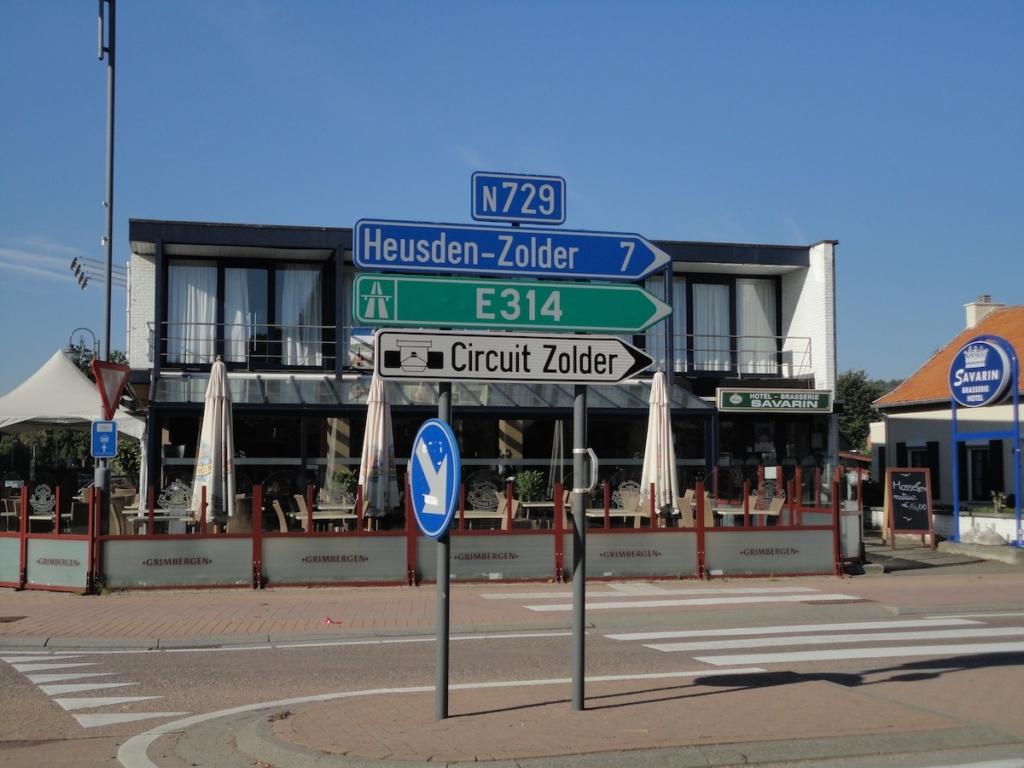 Hungarian F1 journalist Károly Méhes, author of several books devoted to Gilles Villeneuve, remembers his trip to the Zolder circuit in Belgium where the French-Canadian legend lost his life in 1982. Zolder hosted the Belgian Grand Prix ten times between 1973 and 1984 before the race returned to Circuit de Spa-Francorchamps, where it has remained since.

I still remember it like it was yesterday. My classmate Rebi Józsi burst through the door of our third-floor dormitory on the evening of May 8, 1982 to tell me what he’d just heard on the news. Gilles Villeneuve was dead. It felt like my whole world had broken into small pieces. I was 17 years old.

I asked a school friend to give me a piece of the black velvet ribbon that he used to wear as a tie. I needed only 5 centimetres to make a ribbon that I wore on my lapel till the end of the school year. Slowly I reached some sort of closure, on the following condition. Since I was not destined to meet Gilles, I must make two pilgrimages; to his grave in Berthierville and to Zolder, where he lost his life. The chances for a 17-year-old living in communist Hungary to realize this dream didn’t look good, but isn’t that the point of dreams? It took me almost 30 years to realize this one.

The omens were good

In 2010, whilst planning a trip to Essen in Germany, I noticed that Zolder was a mere 100 kilometres away. There was no hesitation. I had to do it. As my visit drew nearer, the omens were good. En route, I stayed in room number 27 at the Silver Swan Hotel in Liége and leave the autobahn at exit number 27, next stop Zolder. A small and sleepy place. The October sun shines on the golden leaves of the trees next to the circuit. I can’t stop thinking that these trees have seen Gilles.

A warm welcome from Walter Goossens, Zolder’s marketing manager. We soon realize that we share a birth year (1965). We were both 17 when Gilles died. Walter has been working here since 1993 and knows a lot about the myth of Villeneuve. The cult was not always as evident as today, he recalls, since the former management wasn’t keen on associating the circuit with such a sad event. “The situation slowly began to change at the end of the 1990s,” he says. “The new management realized that you cannot ignore the past completely. Villeneuve’s death is the part of the circuit’s history, even if it occupies the black pages.”

A monument in memory of Villeneuve was erected at the circuit in 1984, but it was taken down when the pit complex was rebuilt in 1994 and sold off to collectors. It was decided that a new monument would be made and positioned away from the pits, where everyone could see it and visit.

The work by sculptor Stefan Bongaerts can still be seen today. It’s comprised of five white poles, each of which is topped by a symbol representing the great French-Canadian; his helmet, the Ferrari 126C2 with the famous number 27, a Ferrari logo, Gilles’ signature and maple leaves from the Canadian flag.

“I did not know him,” says Bongaerts. “I was asked by the management of Zolder to work on this. It wasn’t easy at all. I read a lot about Gilles. I wanted to know everything about his legendary days. I got inspired by the helmet, his handwriting, his car and the maple leaves that Canada is known for. The concept was to create a sculpture that would show the viewer a complete image representing the passion of Gilles Villeneuve.”

Walter Goossens adds that “we do not collect relics of Villeneuve. We never searched after the accident and we do not have anything left from 1982. But we have tried to build an archive of items that trace the circuit’s history.”

Another key person at Zolder is Tony Eyckmans, the circuit’s head of safety. Eyckmans was in charge of the marshal’s post next to the scene of Villeneuve’s accident in 1982. “We saw a car rolling and something flying something in the air, without recognizing it was a driver,” he remembers of the accident at the Butte corner. “There was immediately a red flag and I sent all my marshals to the accident and went there as well. We covered Villeneuve’s body and kept people away. Spectators came from everywhere to find out the reason for the red flag. They were trying to climb over the fences and we were keeping them off the track and behind the fences. Everyone was asking if the driver was injured or had died, but we didn’t answer those questions.”

I returned to Walter Goossens for one last chat. He tells me that on the 20th anniversary of Gilles’ death, the local Ferrari Club in Genk unveiled a black granite memorial plate near the corner where Gilles died. They tried to contact Jacques Villeneuve, but heard nothing back. Many others come to pay their respects, according to Goossens: “Of course, it is not like Fatima or Lourdes, but we have lot of visitors. The nearby city of Limburg operates a bus during the summer months which comes out here on Tuesdays and the visitors can go out on the track to see the memorial plate. Many people also stop by on the way to and from Cologne or Brussels when they see the sign for Zolder.”

The track is mine

I shake hands with Goossens and he tells me the track is mine. I feel an immediate chill. I drive along the pits and on to the track. I am so anxious that I miss the place on my first lap. Once more around. Visualising the accident that I’ve seen so many times on TV, I see the Ferrari coming down the small hill after the straight behind the pits. It hits the back of Jochen Mass’ March and disappears from the screen; a split second later, it’s back. Tumbling through the air, disintegrating. Only in slow motion can you recognise something white parting from the wreck and landing on the other side of the circuit in the second row of catch fencing.

The chicane is redesigned and the run off areas are much larger; some trees surely were cut down. But I can recognise the spot without any doubt. There is an awesome silence and I stand on the shiny asphalt. Finding the memorial plate, I realise I’ve lost the black ribbon I’d kept all those years. It’s nowhere to be found. Perhaps it was meant to be like this. The only thing that matters is that I managed to make it here.

The Time Has Come

I walk back to the track. I look up to the corner. Like a mirage, I can see Ferrari number 27 coming towards me at speed. The whole terrible accident unfolds before me. I stand on the spot where the smoky remains of the 126C2 came to a stop. Nobody is there. Silence. My watch shows 13.51. The time has come.

2 thoughts on “A pilgrimage to Zolder, where Gilles Villeneuve lost his life”