After 30 years of trying, the Russian Grand Prix finally joined the F1 calendar in 2014, with the Sochi Autodrom hosting a race around the 2014 Winter Olympic Park.

Plans for a Russian Grand Prix started all the way back in 1983, with Bernie Ecclestone keen to have the first race behind the Iron Curtain take place on the streets of Moscow. It was Budapest in Hungary which ultimately had that honour though. Further bids were made for a Russian Grand Prix at the turn of the millennium, with momentum accelerating with the arrival of Vitaly Petrov, the first Russian driver, in the sport.

Just as Moscow had Olympic links in its failed bid to join the calendar in 1983, so too does Sochi. The Sochi Autodrom is located in the popular holiday city, famed for snow-topped mountains and miles of beaches along the Black Sea. The track, designed by Hermann Tilke, passes through the Olympic Park which hosted the 2014 Winter Olympics.

The track has not been a major hit with fans or drivers, with the circuit providing little in the way of overtaking and often processional races. Mercedes have a 100% success race at this track, and parent company Benz even won the pre-F1 Russian Grands Prix in 1913 and 1914!

From 2023, the Russian Grand Prix will move to Igora Drive. The Sochi Autodrom hosts a modest calendar of other events throughout the year.

The 2022 Formula 1 Russian Grand Prix was scheduled to take place on September 25. The race was cancelled on February 25 following Russia’s invasion of Ukraine.

The circuit is also used for some national racing events throughout the year. More information on the Sochi Autodrom website. 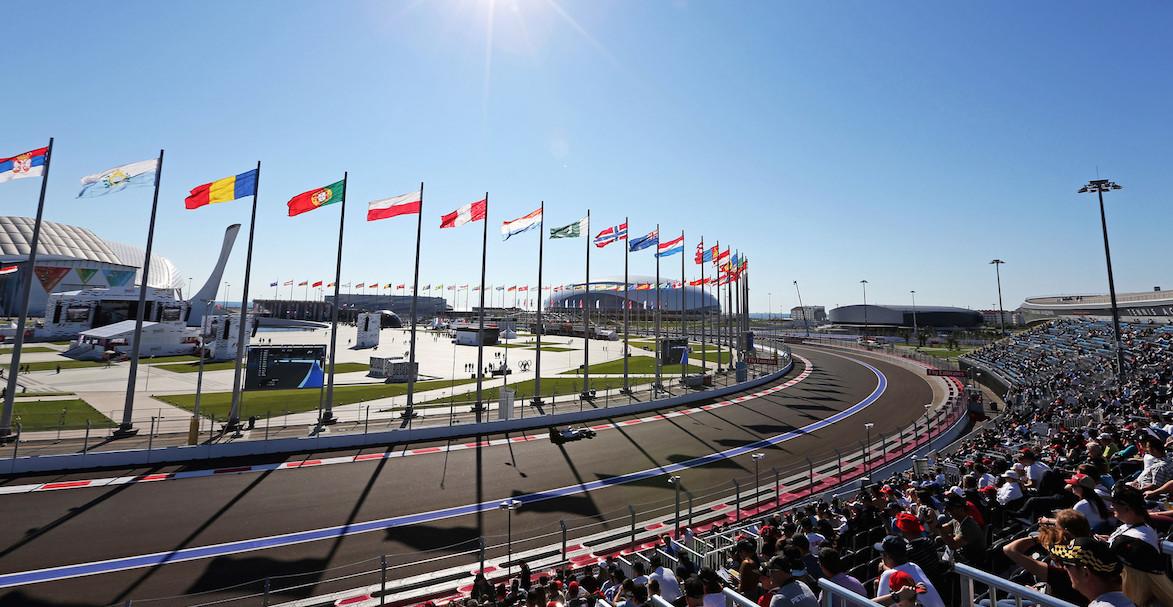 The Sochi Autodrom is located in the Adler district of Sochi, 35 kilometres south of the city center.

Sochi International Airport (AER) is the closest airport to the circuit, being only 7km south of the track. Western visitors will likely have to transfer in either Moscow or Istanbul.

How to get to Sochi Autodrom: 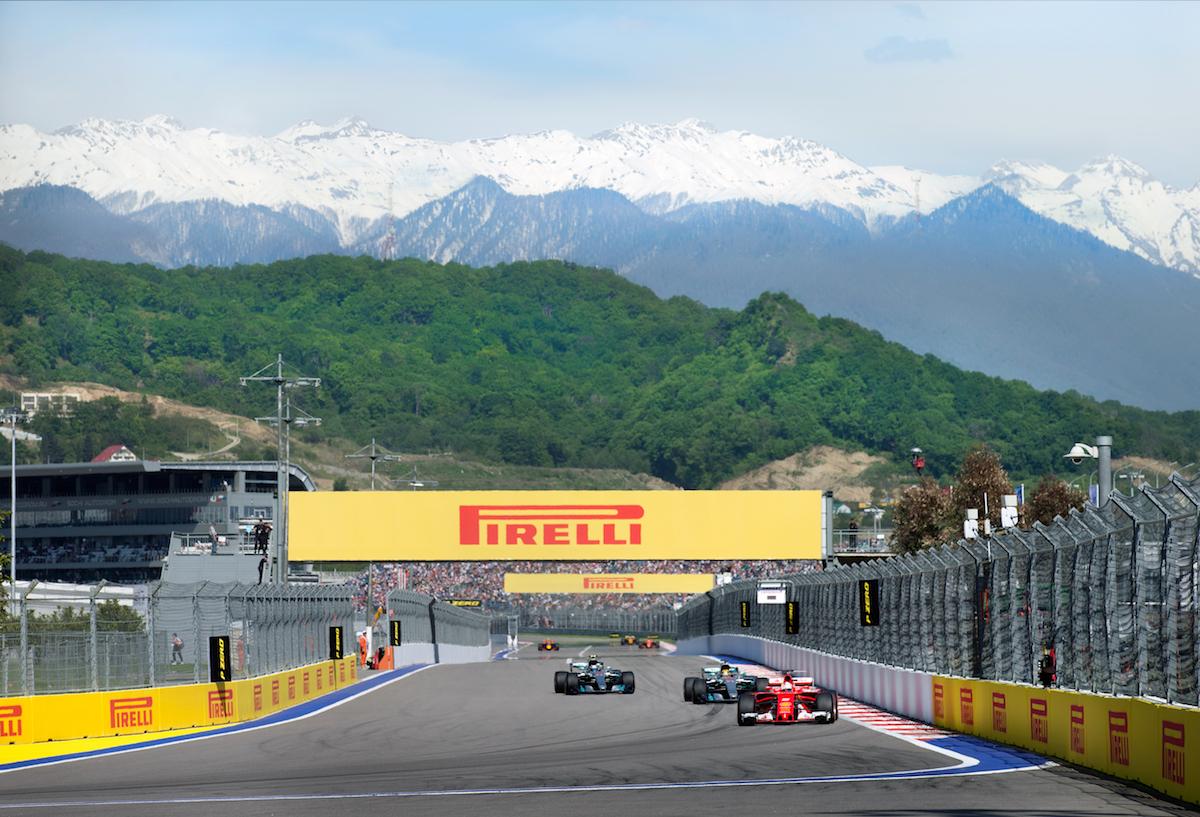 More information about getting to Sochi Autodrom can be found on F1Destinations: Getting There & Around – Russian Grand Prix.

As a popular summer resort, Sochi has a large choice of accommodation, ranging from cheap hostels and guest houses up to five-star brand hotels. You’re likely to be pleasantly surprised by the relatively cheap prices and high quality of accommodation in the area.

The Sochi Autodrom is located within the Adler microdistrict of Sochi. While there is a price hike in hotel costs over the Russian Grand Prix weekend, it’s not as extreme as in some other destinations. One of the best options is Bogatyr Hotel, within a short walk of the circuit – guests also receive free entry to the attached theme park. Other trackside accommodation options include the Radisson Blue Resort and Congress Center and the Olimpiysky Park Guest House. With its stature as a year-round holiday resort, the area also offers beach-side resorts, with the El Paraiso Hotel and the Imeretinskiy Hotel each overlooking beaches, both within 10km of the track.

Further afield, central Sochi – around 40km north of the track – is a great place to stay, with cheap and easy means of commuting to the track. Hostel Cheshire Cat and Margarita Guest House are both excellent options for those on a budget, while the four-star Denart Hotel is a good mid-range choice.

Browse all hotels in Adler for the Russian Grand Prix.

You can also visit the Sochi Auto Sport Museum under the Main Grandstand. 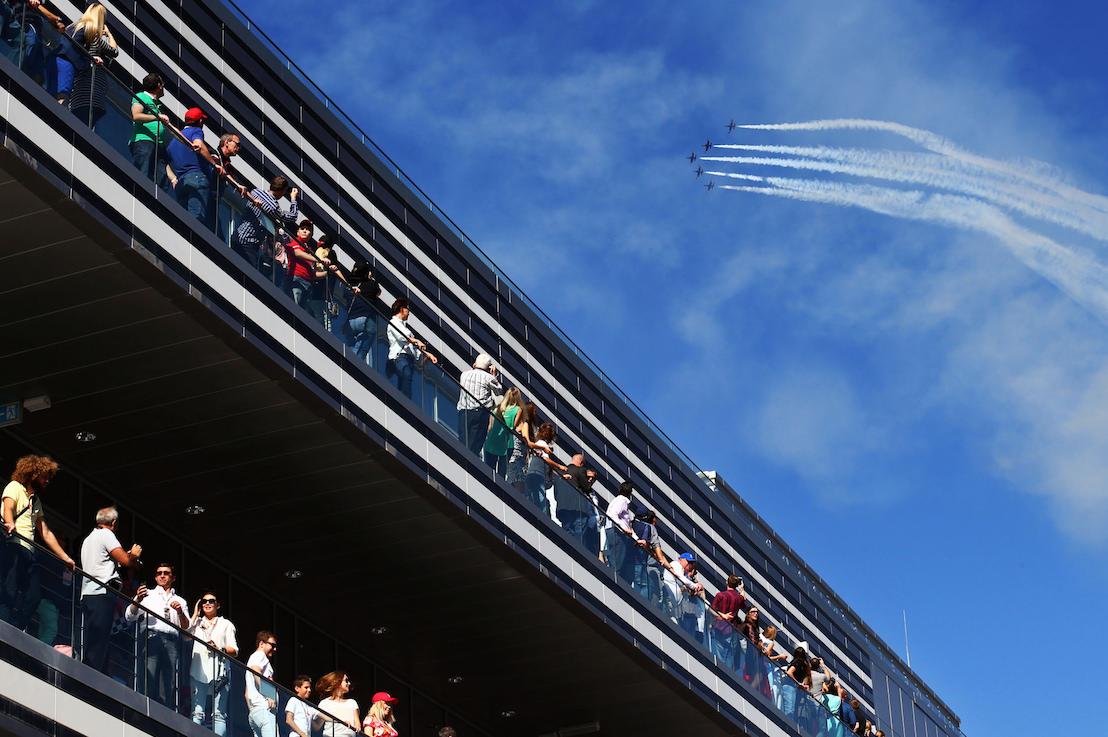 Sochi Autodrom opens for regular track days. You can also take part in driving and passenger experiences at the circuit. 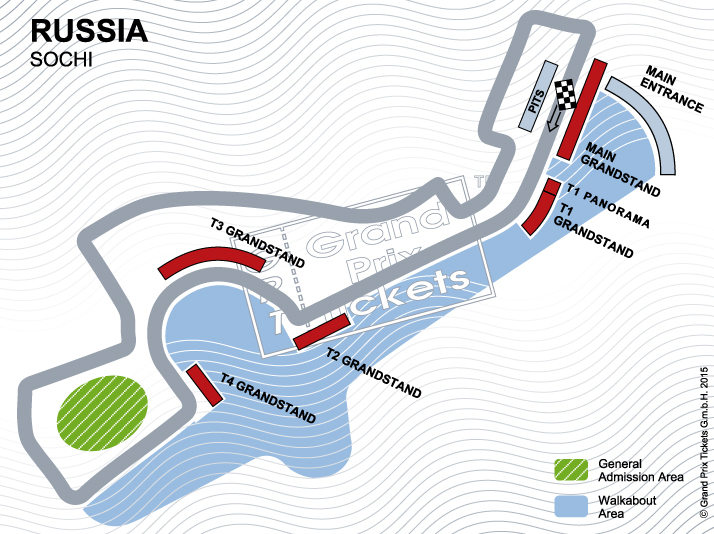