Located in Leicestershire, just two miles from East Midlands Airport, Donington Park was opened in 1931 as the first permanent park circuit in England. The track hosted the annual Donington Grand Prix until the outbreak of the Second World War. The event is considered significant, as it was the only international Grand Prix held in Britain in the pre-war era, and paved the way for British motorsport success in the post-war period.

During the war, the circuit was utilised as a storage facility for military vehicles. The circuit fell into disrepair, and was bought by Tom Wheatcroft in 1971 who revived the track. It was re-opened for racing in 1977. Wheatcroft also established the famous Donington Grand Prix Collection, a museum housed within the circuit premises, which closed in 2018.

From 1987 to 2009, Donington played host to the premier tier of motorcycle racing, which was held annually in the summer. The circuit is also one of ten to have hosted a single Formula 1 race, having hosted the 1993 European Grand Prix. The event was memorable for Ayrton Senna’s supreme drive in wet conditions.

After Wheatcroft sold the lease to Donington Ventures Leisure Ltd (DVLL) in 2007, the new owners signed a contract to become the host of the British Grand Prix from 2010 onwards. However, it soon became apparent that the company was in financial trouble, and it went into administration in late 2009. With the circuit being left in a state of disrepair, it closed at the end of the year. Kevin Wheatcroft, son of former owner Tom Wheatcroft, rescued the circuit and restored it to its former glory. It was able to host racing again in 2010.

The circuit was acquired by Jonathan Palmer’s MotorSport Vision organisation in 2017 and received a multi-million pound programme of improvements in 2018. In addition to racing events – including BTCC, British F3 and the British Superbike Championship – the circuit also hosts regular track days and the old museum can be hired for corporate events. Donington Park is also host to Download Festival – the UK’s premier rock festival. 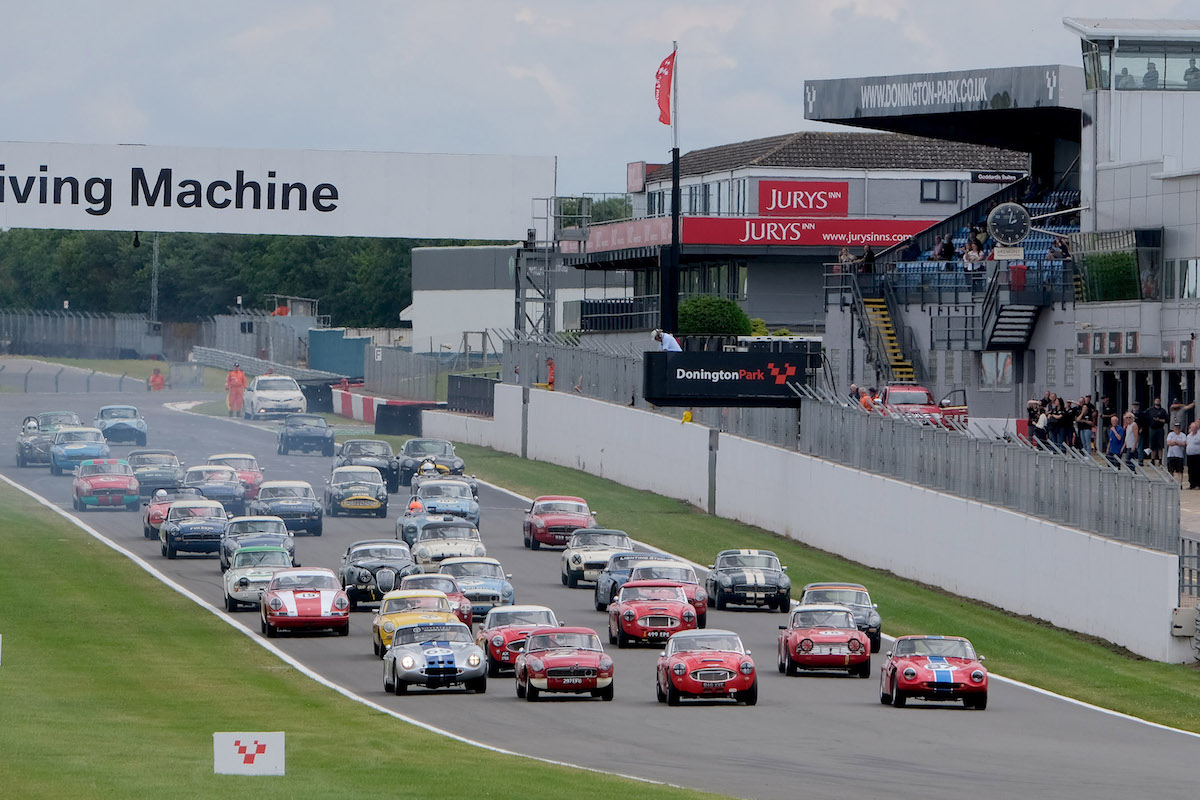 Donington Park Circuit is located in the East Midlands, a 2-hour drive north of Central London

Donington Park is located right next to East Midlands Airport (EMA), which is a major hub for discount carrier Ryanair and also operates a large number of seasonal flights to sunny destinations. Alternatively, the circuit is just 40 minutes’ drive north of Birmingham Airport (BHX), which has a larger number of mainly European connections with both flag-carrying and discount airlines. The closest London airport to the circuit is London Stansted (STN), about 2 hours’ drive to the south.

Donington Park is best accessed by car. The circuit is located close to the M1/M42 motorways and A50 road. Estimated driving times from major regional cities to Donington Park:

It’s not particularly quick or easy to get from London to Donington Park by public transport, though trains are available. The closest station to the circuit is East Midlands Parkway, though you can also connect via Derby, Nottingham and Loughborough. Skylink buses connecting East Midland Airport and local cities also stop near the circuit.

Trackside camping is popular at Donington Park during major motorsport events, or you can choose from a good selection of local hotels.

The best temporary campsites at Donington Park are located on the infield of the circuit (check map here). Pitches in Zone A (priced at 99 GBP in 2020) offer electrical hookups and views of the circuit; Zone B (35 GBP) also offers limited track views without electricity and the smaller Zone C pitches (15 GBP) are best for tents. Temporary toilet/shower facilities and concessions are available. Additional camping is also available on the Outside Campsite. Check event listings on the Donington Park website for more information about camping at upcoming events.

If you prefer more creature comforts, there’s plenty of hotels close to the circuit – though demand and prices are high during major events. The following chain hotels serving the adjacent East Midlands Airport are all good options:

You can also choose from a good selection of historic properties, bed and breakfasts, homestays and apartment rentals in the area.

Check all accommodation near Donington Park

Guided tours of Donington Park Circuit are not currently available.

The Donington Collection museum, which housed one of the finest collections of racing cars in the world, was closed in November 2018.

Open most of the year (except for the coldest winter months), Donington Park offers regular track days for cars/bikes as well as driving experiences and young driver tuition. 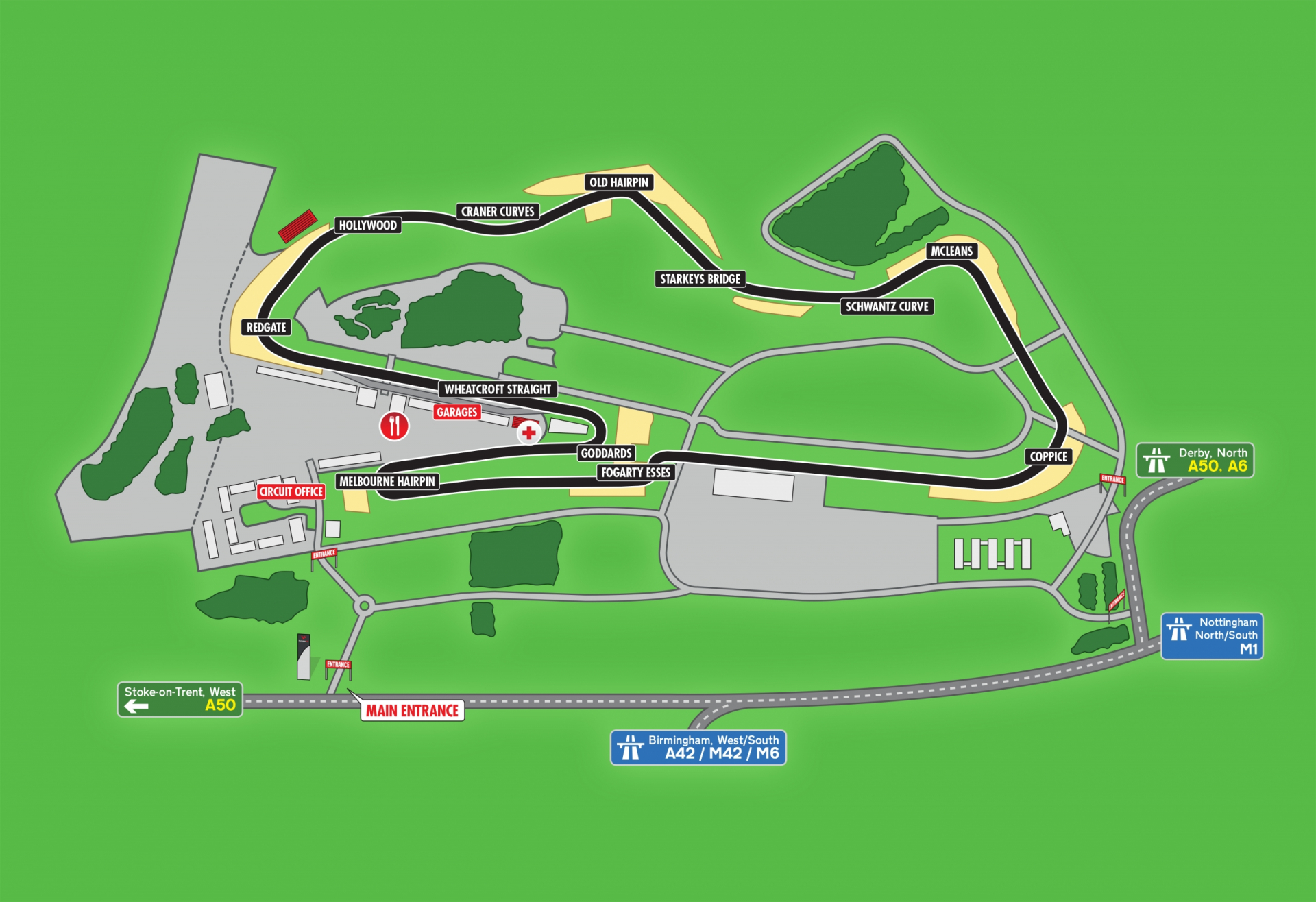