Arguably the most iconic racing circuit in the world, the Indianapolis Motor Speedway has been hosting the legendary Indianapolis 500 since 1911.

The Indianapolis Motor Speedway largely came into being because of Carl G. Fisher, who believed a purpose built track would be a better means of testing and racing cars, rather than using makeshift road courses. The Speedway was only the second purpose-built racing circuit in history, after Brooklands. The oval is 4km long and features four geometrically identical turns.

Construction began in March 1909, and the first event held at the circuit was a helium balloon competition, two months prior to the circuit’s completion. In August 1909, the circuit opened with a series of motorcycle races.  Two years later, the iconic Indianapolis 500 was born. The Indianapolis 500 is the world’s oldest motor race which is still running to the present day. The much celebrated event is held annually in May, coinciding with Memorial Day. The race is steeped in tradition, from pre-race events, to the winner being handed a drink of milk in Gasoline Alley after their victory. A. J. Foyt, Al Unser and Rick Mears share the record for most wins at the Brickyard, with four apiece.

Since the turn of the millennium, Indianapolis has lured the premier tier of international motor racing. Formula 1 revived the United States Grand Prix at Indianapolis in 2000. The event took place on the longer road course, which incorporates part of the famous banked oval. The banked section led to a farcical afternoon in 2005, as tyre worries led to only six cars starting the race. The event damaged F1’s reputation in America and the circuit hosted its final US Grand Prix in 2006. MotoGP also visited the track between 2008 and 2015 for the Indianapolis Grand Prix, with the event being won three times by Marc Márquez. The first event in 2008 marked the return of motorcycle racing to the track for the first time since 1909.

In November 2019, Hulman & Company sold its company, including the Indianapolis Motor Speedway, to Penske Corporation. Roger Penske has since expressed an interest in Formula 1 returning to the iconic track. 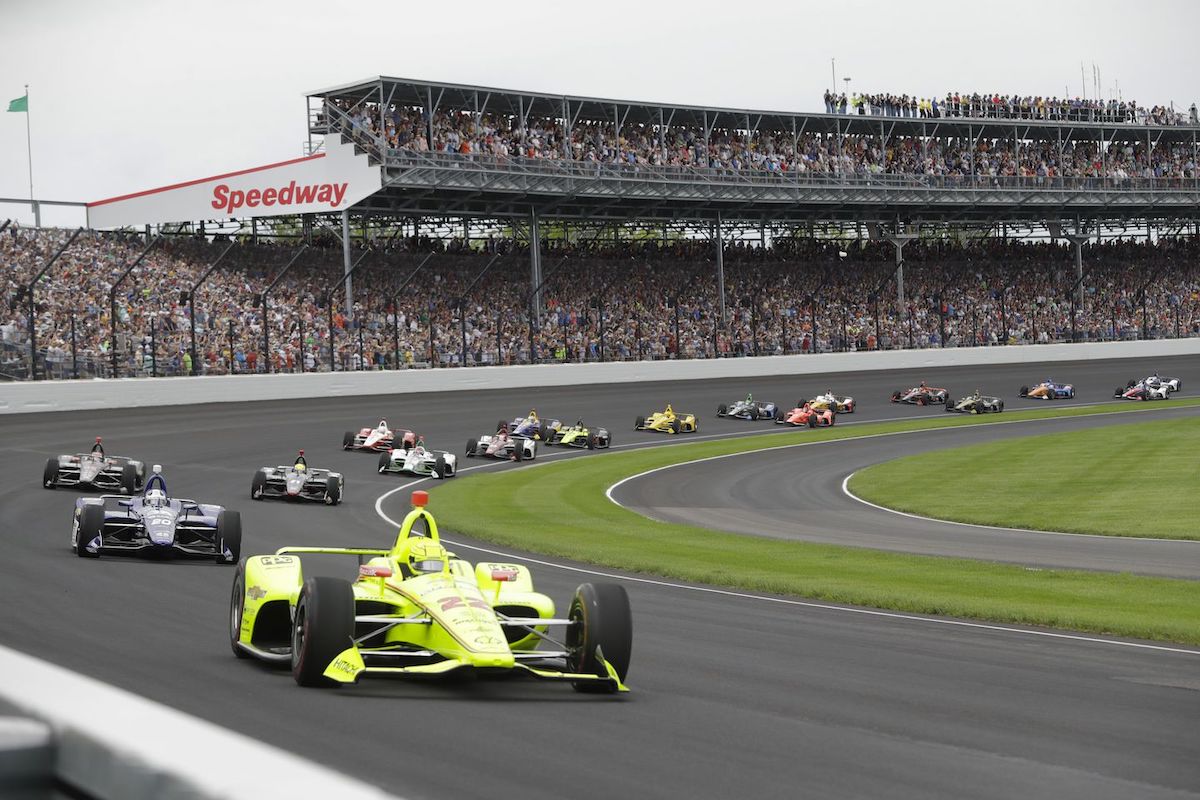 Indianapolis the capital of  Indiana and is located in the northeast of the USA, around 200 miles south of Chicago.

The Indianapolis Motor Speedway (IMS) is just 5 miles northwest of downtown. The best way to get to the circuit is by car, taxi/ride sharing or shuttle. Be aware of road closures during major race weekends; click here for a parking map.

A wide range of accommodation is available near the Indianapolis Motor Speedway, though prices and demand are high for major events such as the Indy 500.

Browse all accommodation close to the Indianapolis Motor Speedway.

Camping is available for RVs and tents on various lots (sealed, grass, gravel, dirt) both inside and outside the circuit gates. Learn more about camping for the Indy 500 here – please note that popular campsites sell out well in advance of race weekend.

The state capital of Indiana has a good selection of hotels, apartments and other accommodation available, though early booking is essential for major events such as the Indy 500. Recommended hotels close to the speedway include Courtyard by Marriott Indianapolis West-Speedway, Speedway Legacy INN, Candlewood Suites Indianapolis Downtown Medical District, Microtel Inn & Suites by Wyndham Indianapolis Airport and Holiday Inn Express & Suites Indianapolis W – Airport Area. You can also choose to stay in downtown Indianapolis with better access to shopping, restaurants and nightlife.

The Indianapolis Motor Speedway Museum, located on the grounds of the speedway, houses the IMS Hall of Fame and a large collection of former Indy 500 winning cars.

More than 25 cars that have won the Indy 500 are displayed in the museum, as well as the Borg-Warner trophy that’s awarded to the winners each year. Temporary exhibitions are also planned throughout the year.

Behind the Scenes tours of IMS, which include museum entry, are also available. The 60-minute tour provides access to the Media Center, Victory Podium, Pagoda (Timing & Scoring, Master Control Rooms), and a corporate suite. You also get to drive down Gasoline Alley and past the Garage Area. Behind the Scenes tours cost $25 for adults (16+), $24 for seniors (62+) and $15 for children (6-15). Free entry for first child under 5 with paying adult, $2 for additional children. Learn more and check tour schedules here. 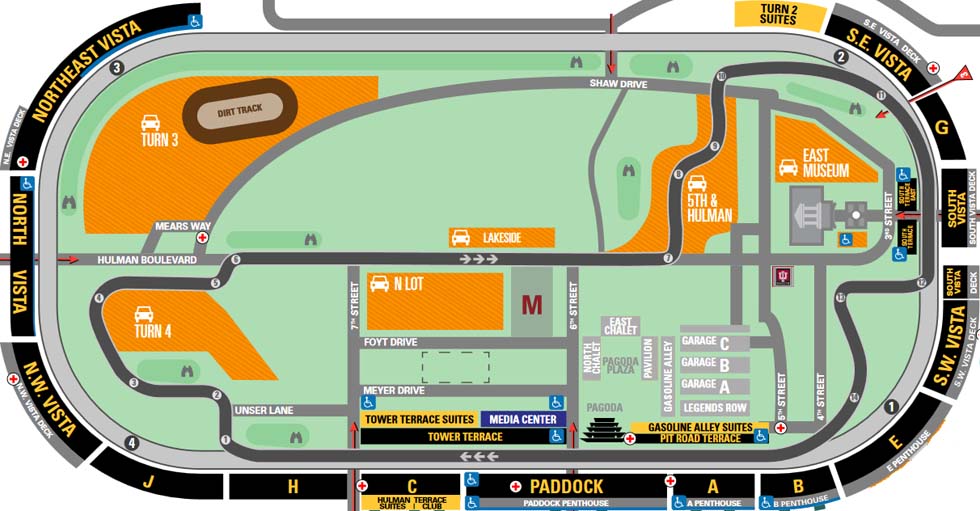